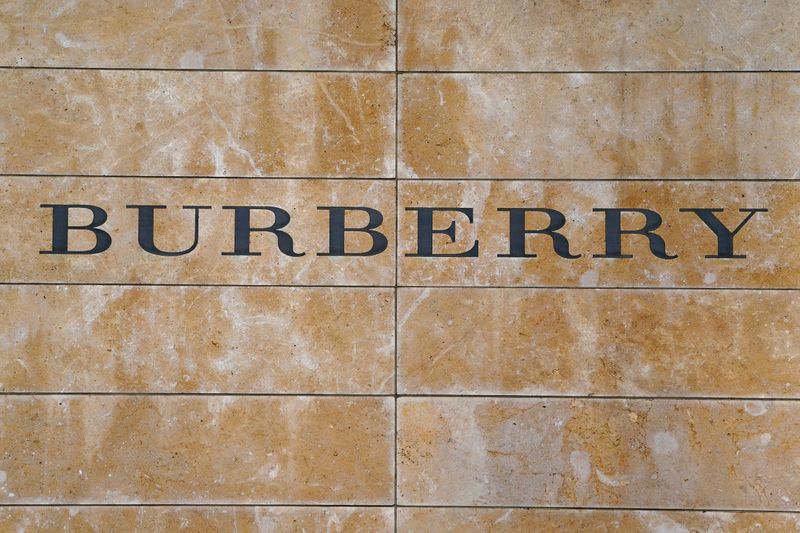 © Reuters. FILE PHOTO: A Burberry logo is seen outside the store on 5th Ave in New York

LONDON (Reuters) – British luxury group Burberry said on Friday it would beat market forecasts for profits and revenues in its final quarter after a strong rebound in sales since December, sending its shares to pre-pandemic levels.

In an unscheduled trading update, the company famous for its trench coats said comparable store retail sales in the last quarter of its financial year to March 27 were expected to be 28% to 32% higher than the same period last year.

“Since December, we have continued to see a strong rebound and now expect revenue and adjusted operating profit to be ahead of consensus expectations,” it said.

Analysts on average had expected group revenue at constant exchange rates to fall 13% for the year, according to a consensus compiled by the company in January.

Burberry, which showed its first menswear-focused collection by designer Riccardo Tisci last month, has seen a strong recovery in sales in mainland China and South Korea.

Growth in Asia has in part offset declines in Europe, where regional COVID-19 lockdowns and travel restrictions have shut stores and deterred tourists.

Burberry will publish its full-year results on May 13.Britain’s Burberry to beat forecasts after sales rebound Add a Comment