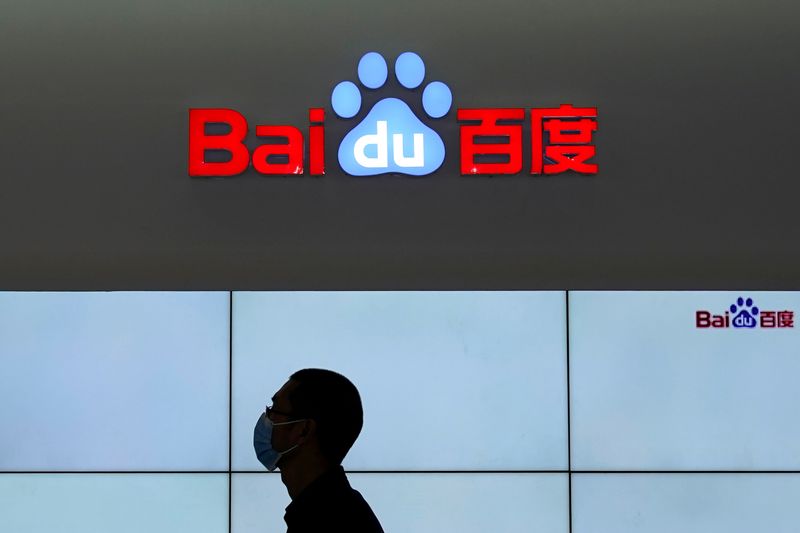 © Reuters. FILE PHOTO: A logo of Baidu is seen during the World Internet Conference (WIC) in Wuzhen

The companies were fined 500,000 yuan ($77,000) each for behaviour that caused market concentration but did not exclude all competition from other companies, SAMR said.

Tencent said in a statement it would actively rectify operations and report timely to the regulator in future cases.

ByteDance said a joint venture between its affiliated firm and Shanghai Dongfang Newspaper Co Ltd, which were both fined, was never in operation and the JV was disbanded in January.

Baidu, Didi and SoftBank did not immediately respond to requests for comment.

China has stepped up scrutiny of its internet giants in recent months, citing concerns over monopolistic behaviour and potential infringement of consumer rights.

The regulator has fined Alibaba (NYSE:BABA), Tencent-backed China Literature and other firms for not reporting deals properly for anti-trust reviews. It also fined company involved in an auto-related deal on Thursday.China market regulator fines 12 firms over illegal monopolistic behaviour