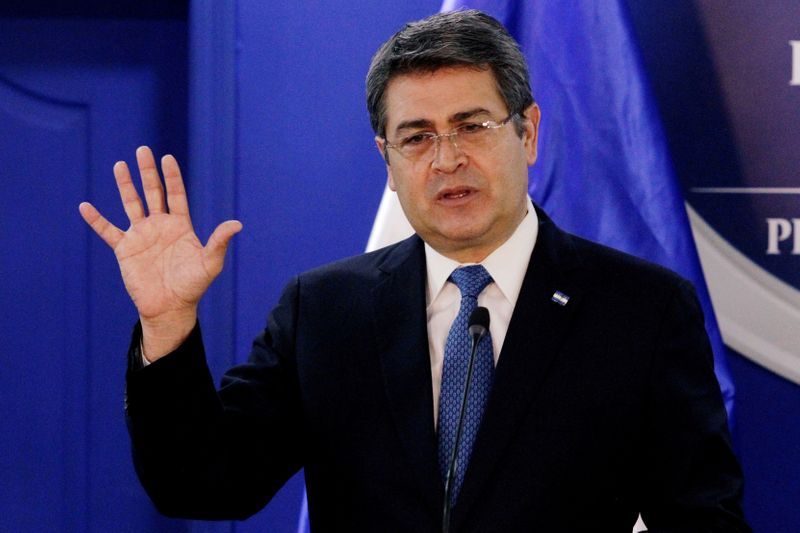 NEW YORK (Reuters) – A Honduran drug clan leader testified in a New York court on Thursday that he bribed Honduran President Juan Orlando Hernandez with $250,000 in exchange for ongoing government contracts as well as protection from capture and extradition to the United States.

“It was for protection so neither the military nor preventative police would arrest me or my brother in Honduras and so we would not be extradited to the United States,” Devis Leonel Rivera Maradiaga, a leader of the Honduran drug clan Los Cachiros, testified in the trial of alleged drug trafficker Geovanny Fuentes Ramirez.

Rivera said the money, which was paid in 2012 when Hernandez was head of Honduras’ Congress, was delivered in cash to the president’s now-deceased sister, Hilda.

Hernandez, who is listed as a co-conspirator in the indictment of Fuentes Ramirez, has repeatedly denied any involvement in drug trafficking. Fuentes Ramirez pleaded not guilty on Monday.

Rivera made a deal with the Drug Enforcement Administration in 2013 and turned himself in around two years later after the United States sanctioned shell companies Rivera said he owned.Drug clan leader testifies he bribed Honduran president with $250,000 Add a Comment