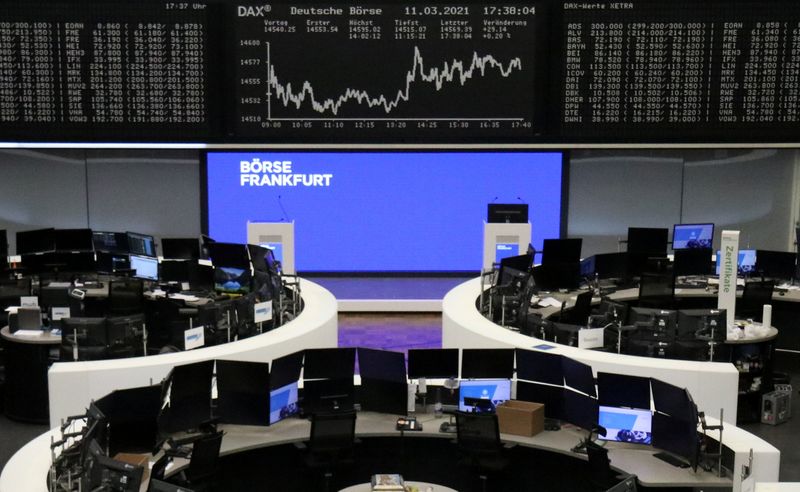 © Reuters. The German share price index DAX graph is pictured at the stock exchange in Frankfurt

The pan-European STOXX 600 fell 0.4% in early trading, after a four-session winning streak drove the index to pre-pandemic highs a day earlier.

With the 10-year U.S. Treasury yield back above 1.6%, investors booked some profits, especially in the tech sector, which was down 1.4%.

German carmaker Daimler (OTC:DDAIF) slipped 2.0% after French rival Renault (PA:RENA) sold its entire stake in the company at a discount.

British luxury group Burberry jumped 7.2% to the top of STOXX 600 after saying it had seen a strong rebound in sales since December.European shares retreat as rising bond yields weigh Add a Com