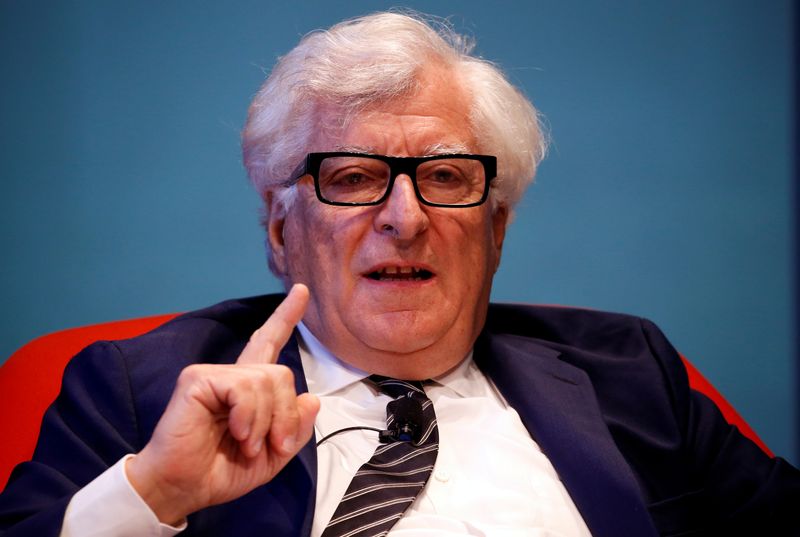 © Reuters. FILE PHOTO: Prada Chief Executive Patrizio Bertelli speaks to the media during a meeting at the Prada’s factory in Valvigna

Bertelli said the company planned to remain independent and remained focused on internal growth while not excluding brand acquisitions, should opportunities arise. In 2019, revenues totalled 3.23 billion euros ($3.86 billion), so Italy’s largest luxury group could be approaching pre-pandemic levels as early as the current year if it hits the top of its range. Consulting firm Bain forecast in November that the luxury sector would take until late 2022/early 2023 to recover to 2019 levels after the shock of the pandemic. . Obviously this year’s performance will depend a lot on the development of the COVID-19 outbreak and related restrictions, Bertelli said in a Zoom call from his office in the group’s manufacturing headquarters in Tuscany.

“The range for this year will swing between 2.9 and 3.1 billion in revenues,” he said. Another key aspect, he added, is to understand when people will start travelling again.

“This will be the big driver of recovery for me. It is true that local consumption in China is doing very well, but there is also a need for people to travel again.

If travel starts up again, we will certainly also see an improvement in sales,” he added.

Prada’s sales and profits rebounded at the end of last year, partly due to a strong performance in China and elsewhere in Asia, and the positive trend carried on into 2021.

Bertelli reiterated that he does not intend to sell smaller brands such as Church’s formal shoes and rubber-studded loafers Car Shoe, but he could instead be “a buyer”. “We are focused right now on our own development, we think there is great room for growth and don’t want to dissipate our energies on things that are not really great opportunities.”

“But we are open if we really find an opportunity, not a small to medium sized brand, but a large one or even a medium-small one but with great potential for growth.”

The Bertelli-Prada family, which controls 80% of the Hong-King listed fashion group, has never thought of selling and never will.

“This is impossible, even for the future the independence of the group is not in question,” said Bertelli, who has previously said the company will eventually pass to his son Lorenzo.

With his wife Miuccia Prada, who took over as creative director, Bertelli transformed the historic Milan-based leather goods brand into a modern fashion group in the late 1970s.

Big international development followed in the 1990s and it was listed in Hong Kong in 2011.