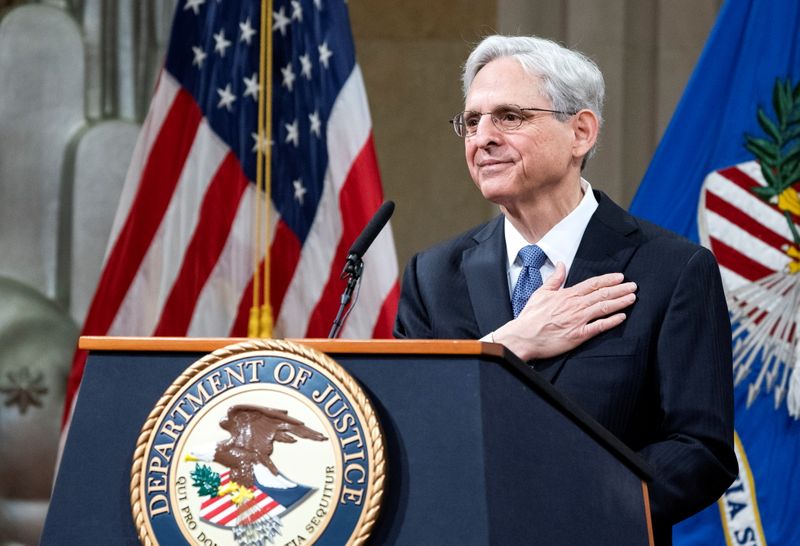 WASHINGTON (Reuters) – Merrick Garland, sworn in as U.S. attorney general on Thursday, pledged that the Justice Department would adhere to “norms” to earn the trust of the American people, alluding to Democratic complaints of its politicization under Republican former President Donald Trump.

Garland, who had served as a federal appellate judge and federal prosecutor before President Joe Biden nominated him as the top U.S. law enforcement official, addressed department employees a day after the Senate confirmed him to the post.

“The only way we can succeed and retain the trust of the American people is to adhere to the norms that have become part of the DNA of every Justice Department employee,” Garland said.

Garland was set to participate in briefings with FBI Director Christopher Wray, officials from the department’s National Security Division and local federal prosecutors in Washington on the deadly Jan. 6 riot at the U.S. Capitol by a pro-Trump mob.

U.S. authorities have charged more than 300 people, including members of right-wing extremist groups, in connection with the attack, which left five people dead and temporarily blocked Congress from certifying Biden’s election victory.