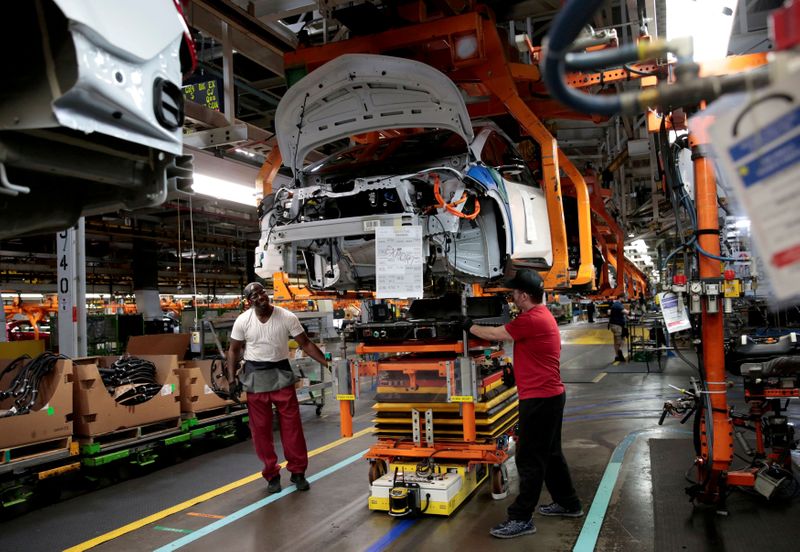 The joint development agreement with SolidEnergy Solutions (SES) of Woburn, Massachusetts, will allow GM to cut weight from the vehicle, a key goal for automakers as they push to roll out electric vehicles. GM has said by mid-decade its Ultium battery packs are projected to cost 60% less than today’s packs with twice the energy density.

The companies plan to build a manufacturing line at SES to assemble a prototype battery by 2023, said GM, which invested an undisclosed amount in SES in 2015. Terms of the partnership announced Thursday were not disclosed.

Battery cells that use lithium metal in place of conventional graphite have the potential to store more energy, and thus provide more driving range in future electric vehicles (EVs), or similar range in a much smaller and lighter battery pack.

GM executives said the technology being developed with SES will be used in future Ultium-based vehicles, the first of which go on sale this fall with the launch of the GMC Hummer electric pickup truck.

“This is a great opportunity for us to find greater energy in a smaller package that will free up the space inside the vehicle for other technology,” Kent Helfrich, executive director of GM’s global electrification and battery systems, said in an interview.

Last year, GM introduced Ultium as a key pillar in its push to cut battery costs and extend electric driving range. GM is building a $2.3 billion joint-venture Ultium battery plant in Ohio with LG Energy Solution, a unit of LG Chem, and the companies expect to add a second factory, possibly in Tennessee.

The Detroit automaker said in January it was targeting ending the sale of light-duty vehicles powered by gasoline and diesel by 2035.

GM said last year it was investing $27 billion on electric and self-driving vehicles and plans to launch 30 EVs globally by the end of 2025.

The deal is not exclusive and SES can work with other automakers, Helfrich said.GM announces partnership with lithium metal battery startup Add a Comment