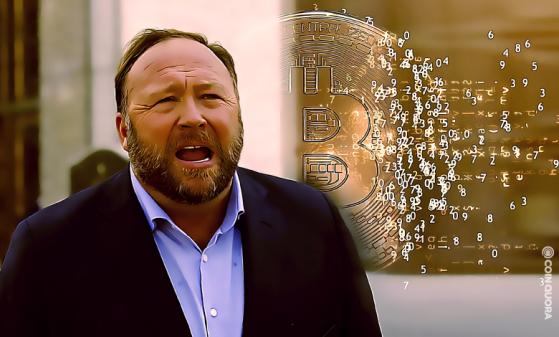 Infowars Owner Alex Jones has disclosed that he has recently misplaced his laptop. Based on the report, the laptop contains a whopping 10,000 Bitcoins.

Alex claims that the laptop together with the said amount of Bitcoins was given to him by Bitcoin advocate Max Keiser. Moreover, Alex said that Keiser gave him the 10,000 BTC’s on the missing laptop almost 10 years ago.

Jones stated this on a television show with Andrew Schulz and Ankaash Singh. In reference to Jones explanation on the missing laptop, he said,

While sitting on the TV show, Schulz laughed and slightly slapped Jones two times and said “You f*****g idiot. Find that laptop.” Jones answered, “I deserve it.”