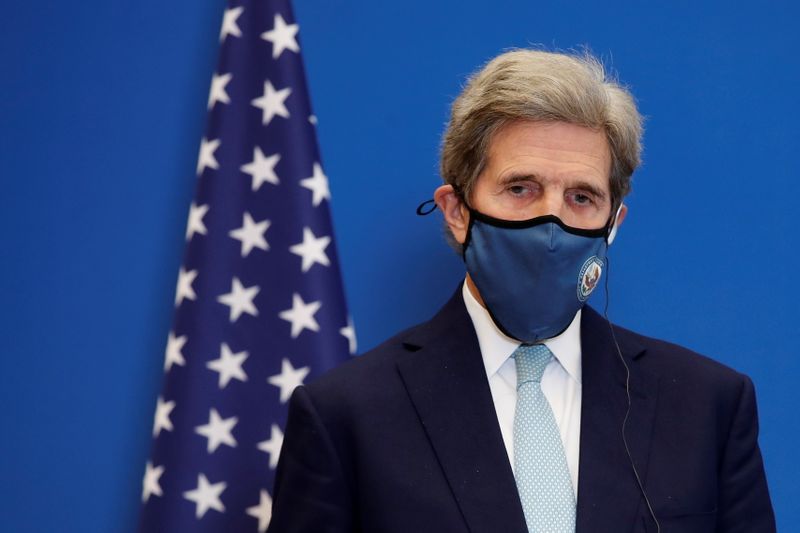 (Reuters) – The United States’ Special Presidential Envoy for Climate John Kerry said he was “concerned” about the implications of the European Union’s (EU) plans for a carbon border tax adjustment, the Financial Times reported on Friday.

The former U.S. secretary of state told the FT in an interview the tax adjustment should be a “last resort”, and that it had “serious implications for economies, and for relationships, and trade.”

The EU is expected to propose its policy before the end of June.

Kerry also told FT no final decision was made regarding French Finance Minister Bruno Le Maire’s proposal that the United States and Europe work on a common taxonomy for green finance.

“Obviously, the United States has strong feelings about not having excessive regulation,” he told the newspaper.Kerry ‘concerned’ about EU carbon border tax implications: FT Add a Comment