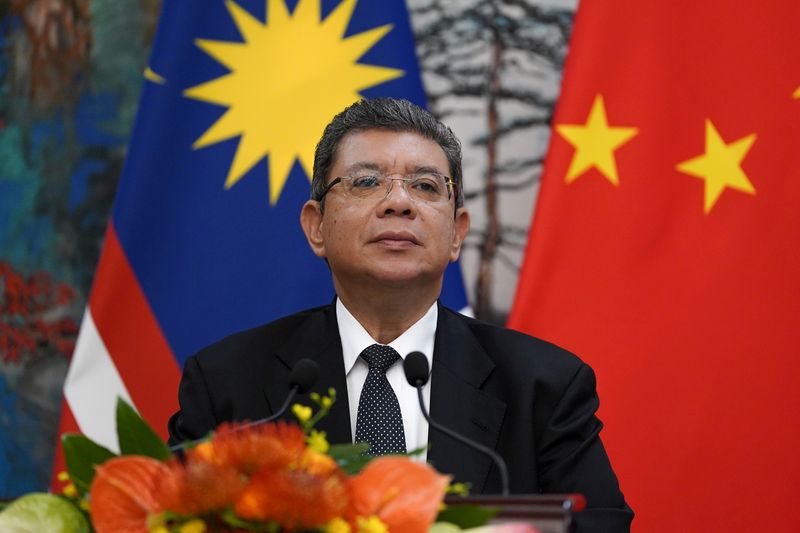 KUALA LUMPUR (Reuters) – Malaysia’s government on Friday defended a new law aimed at tackling rampant fake news related to COVID-19 and an ongoing state of emergency, as critics warned it could be used to silence dissent and curtail free speech.

The emergency ordinance, which took effect on Friday, will make it an offence to publish or reproduce any “wholly or partly false” content related to the pandemic or the emergency declaration, prescribing hefty fines and jail terms of up to six years.

Communications Minister Saifuddin Abdullah said the ordinance would help expedite enforcement, investigation and prosecution by authorities, who would otherwise be hampered by old laws that are ill equipped to deal with the rapid expansion of social media.

“Our interest is in fighting COVID-19 and we will do whatever it takes … we take cognisance of the fact that we have to be fair, we have to be just in carrying out our duties,” Saifuddin told a news conference.

But opposition lawmakers and civil society groups said the new law was too sweeping and could be used to instill fear among the public about criticising the government.

Earlier on Friday, the prime minister’s department on Twitter posted a government circular prohibiting civil servants from making negative public statements, or sharing or distributing any content deemed detrimental to government policies or its image.

In January, parliament was suspended after King Al-Sultan Abdullah declared a state of emergency to curb the spread of COVID-19, a move that the opposition decried as an attempt by Prime Minister Muhyiddin Yassin to retain control amid a power struggle.

Malaysia has reported 320,939 COVID-19 infections as of Friday, with 1,203 deaths, the third highest caseload in the region behind Indonesia and the Philippines.Malaysia defends coronavirus fake news law amid outcry Add a Comment