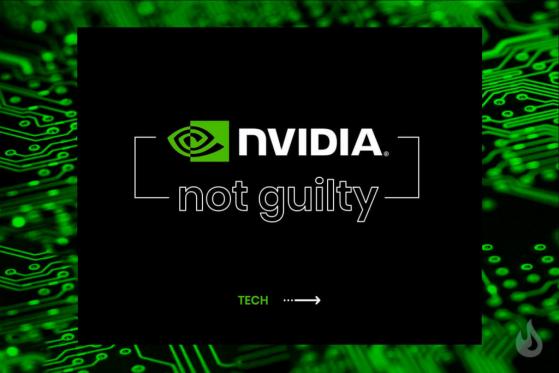 American tech hardware firm Nvidia won a class-action lawsuit brought up by its investors. The famous graphics processing units (GPUs) producer was alleged over violations of the Securities Exchange Act and misleading its investors back in 2018.

What was it all about?

At the end of 2018, multiple investors filed a class-action lawsuit against Nvidia for misleading statements on gaming revenue growth during the crypto boom of 2017. The plaintiffs accused the company of mixing up to $1 billion revenue the company got from GPU sales for both gamers and cryptocurrency miners.

2017 witnessed an unprecedented crypto market growth as prices of digital coins spiked to historic highs. The booming cryptocurrency mining industry created a demand for high-end GPUs and even led to its shortages.

GPUs were one of the most effective tools to mine digital coins at a time. Their prices reached new highs and almost tripled Nvidia’s market value throughout the crypto-mining boom. As Bitcoin’s price crashed later in 2018, the GPU demand slumped accordingly, leading Nvidia to a decrease in revenue in the last quarter of 2018.

The investors then accused the company of falsely reporting that the strong GPU demand comes from gamers, not cryptocurrency miners. According to them, Nvidia claimed that the reduced demand from crypto miners would not negatively impact its business. Nvidia’s decreased revenue and stocks in 2018 led investors to losses and the class-action lawsuit against the company.

The court, however, dismissed the lawsuit this month, stating that plaintiffs were unable to provide sufficient evidence that Nvidia has intentionally misled the investors. Nvidia will not pay more than $1 billion to the investors.

According to the analytical firm Jon Peddie Research, GPU shipments grew by over 20% in Q4. This is over 12% more compared to the prior year. Intel (NASDAQ:INTC) was still the biggest GPU manufacturer with a 69% global market share. Nvidia took 15% of the global market, 4% lower compared to the previous quarter.

The company reported a $5 billion revenue for the 2020 Q4. According to Collete Kress, the CFO at Nvidia, around $100-300 million of Q4 revenue could be related to GPU sales to cryptocurrency miners.