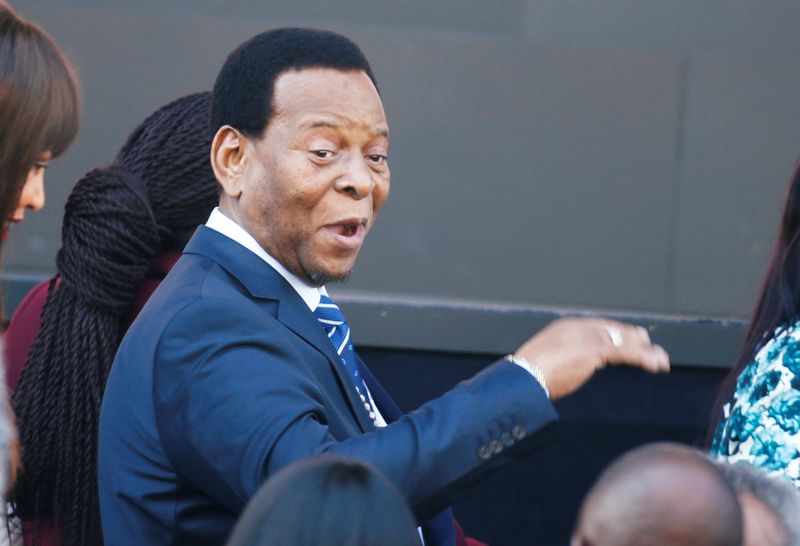 By Nqobile Dludla and Kirthana Pillay

JOHANNESBURG (Reuters) – Zulu King Goodwill Zwelithini, who saw himself as the custodian of his people’s culture and was praised by South African President Cyril Ramaphosa as a “visionary monarch”, died on Friday.

Zwelithini, who was 72, died in hospital, the royal family said. He had been admitted to hospital in KwaZulu-Natal province last month to be treated for diabetes.

Though his role was largely ceremonial, Zwelithini was revered by his people and had vast influence over millions of Zulus.

Ramaphosa hailed his contribution to national unity and economic development in KwaZulu-Natal and South Africa as a whole, and the opposition Democratic Alliance party called Zwelithini “a hugely important and influential figure on our political and cultural landscape for the past five decades”.

“Tragically, while still in hospital, His Majesty’s health took a turn for the worse and he subsequently passed away in the early hours of this morning,” a statement issued by Prince Mangosutho Buthelezi, founder of the Inkatha Freedom Party and traditional prime minister to the Zulu monarch, said.

“On behalf of the Royal Family, we thank the nation for your continued prayers and support in this most difficult time.”

Zwelithini was officially crowned the eighth monarch of South Africa’s largest ethnic group in 1971, after going into hiding fearing assassination when his father died in 1968.

In 1984, he revived the reed dance, a 19th century practice which sees thousands of bare-breasted maidens dance in front of the king to celebrate their beauty and virginity in the KwaZulu-Natal province.

Facing criticism, Zwelithini defended his decision by saying it helped stem pre-marital sex and the spread of AIDS.

“I feel like it’s not just a loss for the Zulu nation, but the loss of culture in itself,” Johannesburg resident Noni Casmiro told Reuters.

Another resident, Lazarus Aphane, said Zwelithini had helped guide his people “through difficult times during apartheid.”

Zwelithini kaBhekuzulu was born on July 14, 1948, the year the National Party came to power and began its programme of racial segregation and domination.

In 2018, he waded into South Africa’s contentious land debate, warning the governing African National Congress not to include territory under his control in a land reform drive which mostly targeted white-owned property.

The lands he controlled under an entity called the Ingonyama Trust – 3 million hectares (7,413,161 acres) – comprised the “Zulu homeland” in KwaZulu-Natal, one of several ethnically-based regions where most black South Africans were confined under apartheid.

Across South Africa, tribal authorities say they are custodians of land that was communal before European colonialism, and they often control access to resources on such lands, including negotiating deals with mining companies.