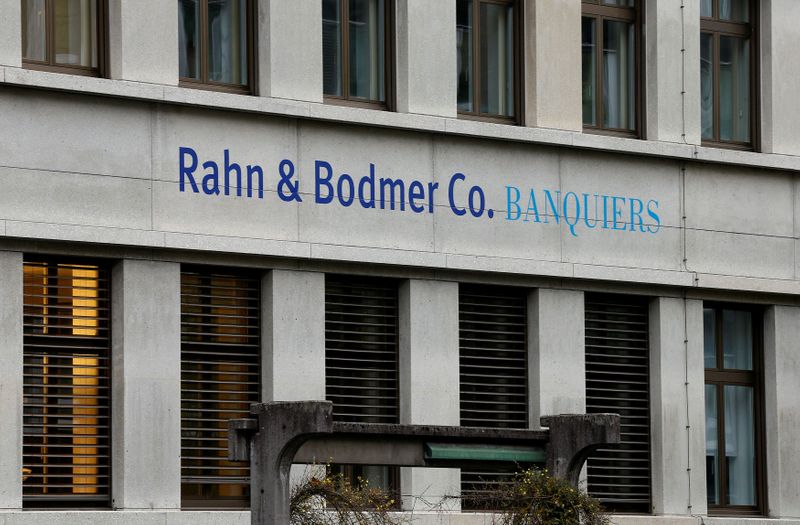 NEW YORK (Reuters) – Zurich private bank Rahn+Bodmer will pay $22 million to settle U.S. criminal charges it helped American taxpayers who were exiting accounts at UBS and other Swiss banks and hiding hundreds of millions of dollars in offshore accounts.

The agreement is the latest in the U.S. Department of Justice’s long-running pursuit of Swiss banks for helping people evade U.S. taxes, resulting in billions of dollars in settlements, fines and restitution from financial institutions in Switzerland including UBS and Credit Suisse (SIX:CSGN).

Zurich’s oldest private bank, Rahn+Bodmer was founded in 1750 and last year had 13.6 billion Swiss francs ($14.71 billion) of client assets under management. It will cooperate with the Justice Department’s crackdown on offshore tax evasion.

Neither Rahn+Bodmer nor its New York-based lawyer responded to requests for comment.

Rahn+Bodmer admitted to having from 2004 to 2012 held undeclared accounts on behalf of approximately 340 U.S. taxpayers who together evaded about $16.4 million of U.S. taxes in that period, the Justice Department said.

Its alleged misconduct included opening accounts under pseudonyms or “sham” foundations in Liechtenstein and Panama, and for clients who were exiting UBS Group AG (SIX:UBSG) and other Swiss banks.

Rahn+Bodmer agreed to pay a $7.4 million fine, forfeit $9.7 million of fees, and make $4.9 million of restitution.

UBS agreed in 2009 to pay a $780 million penalty to settle U.S. charges it helped wealthy U.S. clients evade taxes, and handed over names and data on thousands of client accounts, helping kick off numerous settlements involving other Swiss financial institutions.