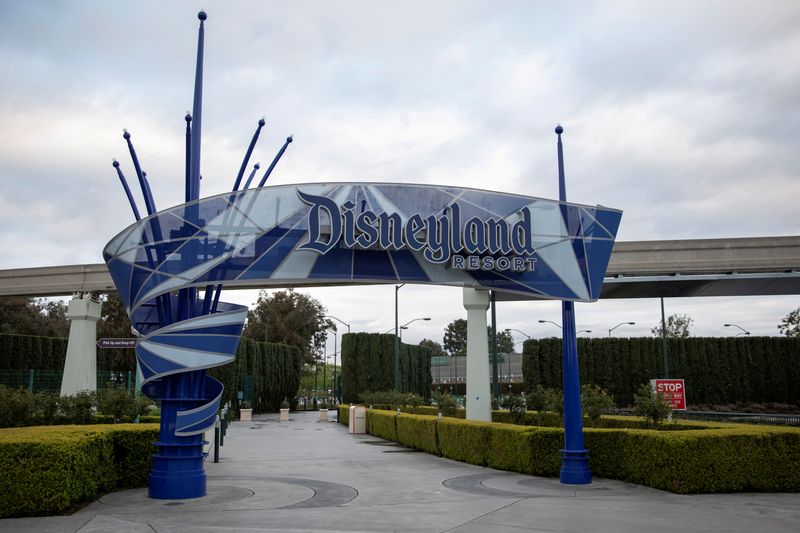 By Howard Schneider and Ann Saphir

The company said it would bring back a first tranche of 10,000 employees as it readies to reopen Disneyland in late April, and for those who don’t get that first round call or aren’t comfortable returning to work yet because of the pandemic, President Joe Biden’s stimulus bill, signed on Thursday, extends their unemployment benefits through the summer.

It is arguably the first time since the crisis erupted in the United States a year ago that the potential end of the health emergency and the economic response to it have overlapped, and service union official Stephen Boardman says his members are ready for the pandemic epoch to end.

“Many, many will go back,” when called to their former jobs as janitors, food servers, ticket takers, and security guards, said Boardman, a spokesman for the SEIU-USWW union, one of about a dozen unions that represent employees at Disneyland, which has hosted a mass vaccination site in a parking lot at the Anaheim, California amusement park since January.

The rest now have support coming from one-time government payments of $1,400 per person, monthly tax rebates for families with children, and $300 per week in federal unemployment benefits running through Labor Day in early September.

That has prompted economists to boost their projections for U.S. growth this year and led some to anticipate the “V” shaped rebound that seemed out of reach last year as the coronavirus crisis surged.

The $1.9 trillion in the bill won’t all be disbursed this year, and economists note some of the programs, like unemployment benefits, will pay out less if the stimulus is successful and people return to work.

The legislation doesn’t so much fundamentally rewire the economy as bolster the temporary lifelines first offered in last spring’s CARES Act, said TS Lombard economist Steven Blitz. He estimated only about $1.1 trillion of the funds will be spent in 2021.

Still, it should complete the economic “bridge” officials have built in fits and starts since the pandemic washed over the country last year and triggered a state of emergency on March 13 that remains in effect.

If the current U.S. vaccination pace continues, much of the population will be at least partially inoculated by Memorial Day weekend in late May.

Last year, that traditional U.S. kickoff to summer served as a portent of the deadly months to come, with images of maskless beach and lake parties showing just how willing Americans were to ignore health experts.

More than half a million people died, and top health officials still worry the country will move too fast in getting back to normal and risk a relapse.

At this point, however, there seems some grounds for optimism.

The growth in cases is slowing, and households now have an income buffer for another five months, time for the pandemic to abate more fully and for companies to follow Disney’s lead.

There are plenty who still need help. Last week another 712,000 filed initial claims for unemployment, and more than 20 million continued collecting benefits in late February. Those numbers may not come down fast until the virus recedes enough that the most damaged parts of the economy, particularly the travel and hospitality industries, can fully reopen.

The economy may be gaining traction.