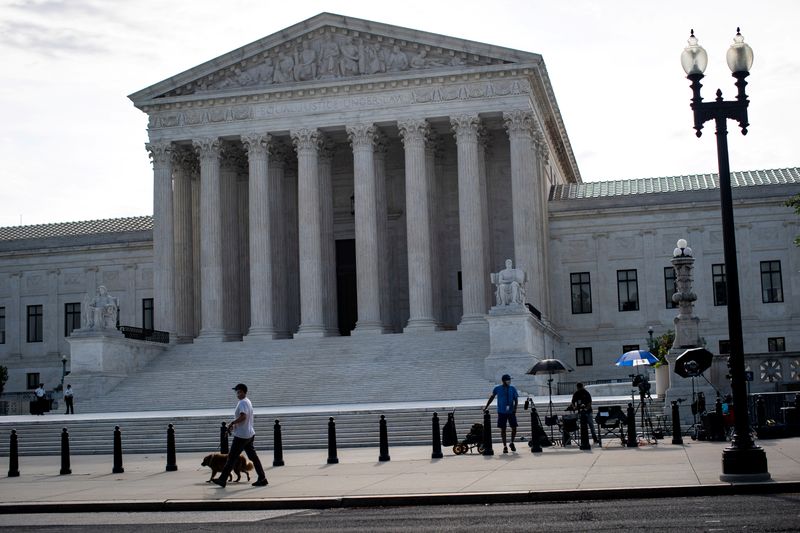 WASHINGTON (Reuters) – At the request of President Joe Biden’s administration, the U.S. Supreme Court on Thursday canceled an upcoming oral argument on a policy introduced under his predecessor Donald Trump backing work requirements for people who receive healthcare under the Medicaid program for the poor.

The court granted a request made by Acting Solicitor General Elizabeth Prelogar on Feb. 22, who said the new administration has started the process of reversing the previous policy. The oral argument concerning pilot programs adopted by the states of Arkansas and New Hampshire had been scheduled for March 29.

Under Trump, the Department of Health and Human Services (HHS) in 2018 approved the pilot projects in those two states as part of a push to put a conservative stamp on Medicaid, a program that was expanded under the Affordable Care Act, also known as Obamacare, to provide medical coverage to millions more Americans.

Biden, a Democrat, succeeded Trump, a Republican, on Jan. 20. Under Biden, HHS made a preliminary finding that work requirements would be inconsistent with the objectives of Medicaid, which provides medical insurance for the poor, Prelogar told the court.

Biden’s Justice Department has reversed course in several cases originally filed by the Trump administration. In response to one such shift, the court on Tuesday dismissed an upcoming case on Trump’s policy barring immigrants deemed likely to need government benefits from legal permanent residency.