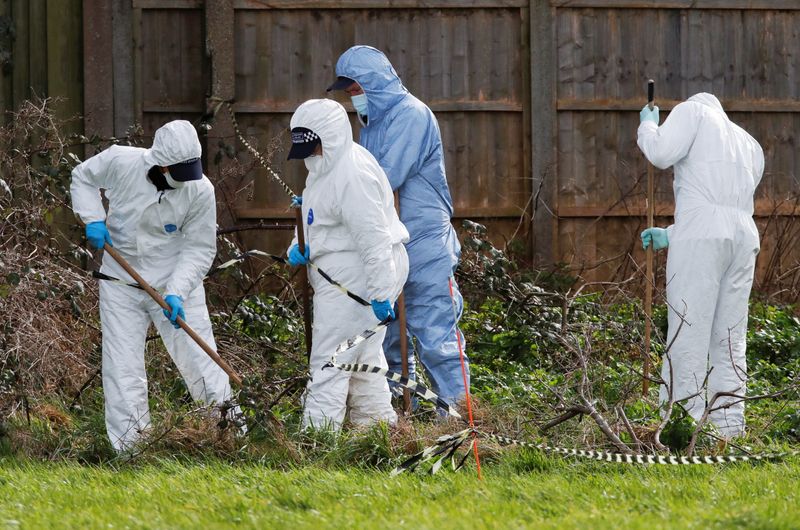 © Reuters. Investigation into the disappearance of Sarah Everard continues, in Deal

LONDON (Reuters) – British police said on Friday that human remains found in a wood outside London was the body of Sarah Everard, whose disappearance last week has sparked anger and fears among women about their safety.

Everard disappeared while walking home from a friend’s house in south London last Wednesday and police have arrested a serving officer on suspicion of her kidnap and murder.

Detectives discovered a body in woodland two days ago and London Assistant Commissioner Nick Ephgrave confirmed that it was of the missing 33-year-old.

“I know that the public feel hurt and angry about what has happened, and those are sentiments that I share personally,” Ephgrave said outside the London police headquarters.

“I also recognise the wider concerns that are being raised quite rightly about the safety of women in public spaces in London and also elsewhere in the country.”

Detectives on Thursday were given extra time to question the arrested officer, who is aged in his 40s and whose job is to guard diplomatic buildings.

A woman in her 30s, who media said was his partner, was released on police bail having been detained on suspicion of assisting an offender.UK police confirm body found in woodland is of missing woman Add a Comment