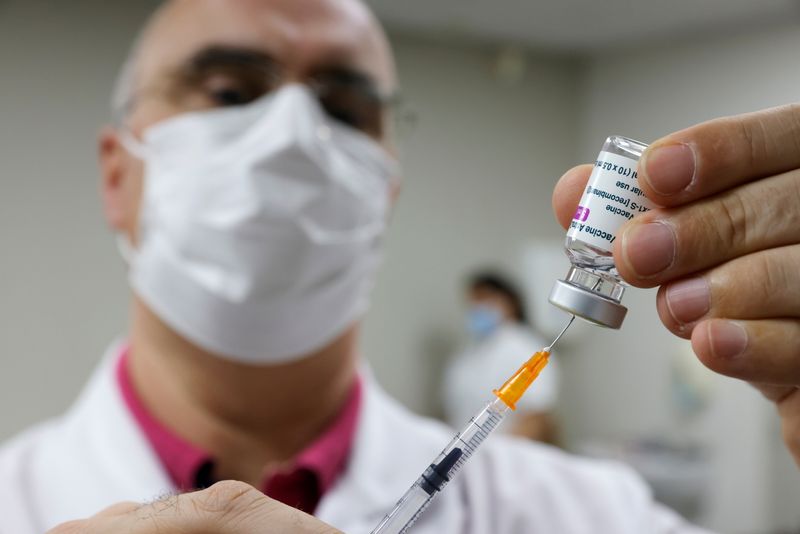 GENEVA (Reuters) – A World Health Organization expert advisory committee is currently looking at AstraZeneca (NASDAQ:AZN)’s COVID-19 vaccine after some countries paused distribution of it, but there is no reason not to use it, a spokeswoman said on Friday.

Health authorities in several countries including Denmark, Norway, Iceland have suspended the use of AstraZeneca’s vaccine following reports of the formation of blood clots in some people who have been vaccinated.

Margaret Harris told a briefing that it was an “excellent vaccine” and that no causal relationship had been established between the shot and the health problems reported, calling the pause in use “a precautionary measure”.

“It’s very important to understand that, yes, we should continue to be using the AstraZeneca vaccine,” she said.

The WHO’s global advisory committee on vaccine safety is currently reviewing the reports and will revert on its findings, she added, as it does with any safety issues.

“It is very important we are hearing safety signals because if we were not hearing about safety signals that would suggest there is not enough review and vigilance”,” she said.

The AstraZeneca vaccine is the main shot in the early phase of a WHO-led global vaccine sharing scheme COVAX that aims to distribute 2 billion doses this year, ensuring access for poorer countries.

WHO data shows that more than 268 million doses of COVID-19 vaccines from various developers have been administered worldwide and no deaths have been found to have been caused by them, Harris said.

The Geneva-based body has given emergency use listing for the Pfizer/BioNTech and versions of the AstraZeneca vaccines — a step that broadens access to those shots considerably.

Asked about the timing of emergency listings for China’s Sinopharm and Sinovac Biotech vaccines, she said reviews were now underway and approval would “probably” be given this month.

“I don’t want to put an exact date on depending on all sorts of issues but we would expect by the end of March,” she added, saying that it partly depends on how quickly developers provide the requested responses.WHO says its advisory committee looking at AstraZeneca vaccine issues