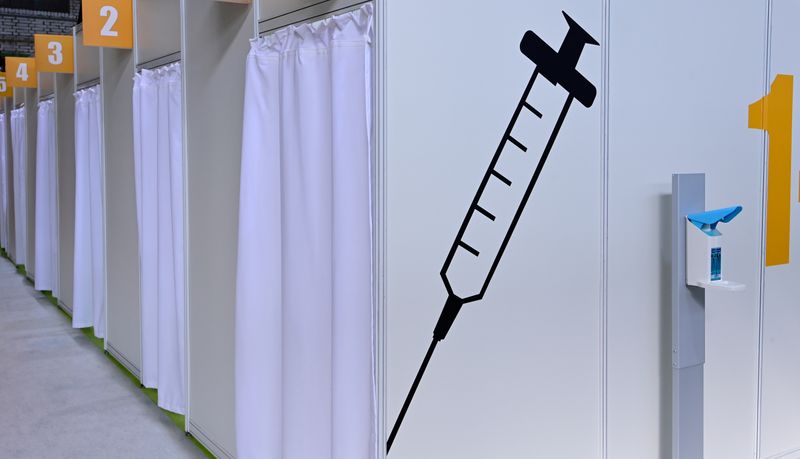 BERLIN (Reuters) – A German conservative has become the third lawmaker within a week to resign from Chancellor Angela Merkel’s parliamentary group over a face mask procurement scandal, dealing a further blow to the party before regional votes on Sunday.

Anger over the scandal is compounding frustration among Germans with Merkel’s conservative-led coalition over a sluggish coronavirus vaccine rollout caused by supply shortages and excessive bureaucracy.

Support for the conservatives has slipped in the states of Baden-Wuerttemberg and Rheinland-Palatinate where Sunday’s elections will be a crucial gauge of popular feeling before a September federal election.

Mark Hauptmann from the eastern state of Thuringia told the Christian Democrats (CDU) he would give up his seat in parliament, his office confirmed on Thursday, after allegations that he helped contacts in Azerbaijan with procurement.

Asked by Die Welt whether he had brokered mask deals for his constituency and received a commission for it, Hauptmann said he had helped but had not received any payment.

“I was neither involved in arranging it nor did I receive a commission for it,” he told the paper.

In the last week, the CDU’s Nikolas Loebel has given up his seat and Bavarian conservative Georg Nuesslein stepped down from the parliamentary party. Both had been accused of receiving payments for brokering face mask procurement deals.

Fearing a wider scandal, the parliamentary groups of the CDU and its CSU Bavarian sister party have demanded that all conservative lawmakers declare they have not profited from consulting or procurement activities linked to the pandemic.

The latest poll, from Forsa, puts the conservative bloc on 33%, down from 40% in June when Merkel had won plaudits for her management of the coronavirus crisis in its first phase. She will not seek a fifth term as chancellor in September.

However, Germany is facing a third wave of infections. Cases posted their biggest increase in five weeks on Thursday, and with vaccination rates lagging behind those in Britain, Israel and the United States, Germans are growing impatient.Widening face mask scandal hits Merkel’s party before state votes