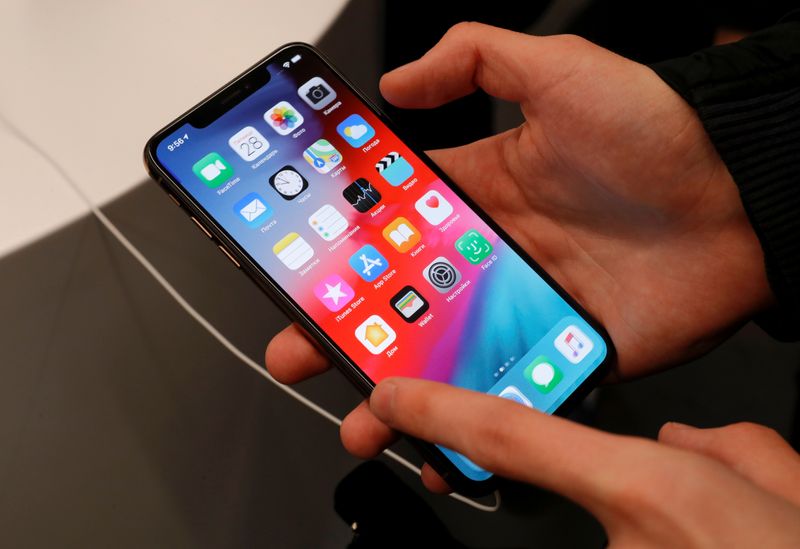 © Reuters. FILE PHOTO: A customer tests a smartphone during the launch of the new iPhone XS and XS Max sales at a shop in Moscow

MOSCOW (Reuters) – Smartphones, computers and other smart devices purchased in Russia must come pre-installed with Russian software after legislation came into force on Thursday, in a move that seeks to help Russian IT firms compete with foreign counterparts.

Moscow is trying to strengthen control of the internet and reduce its dependence on foreign companies and countries. A number of additional proposals are in the works, ranging from compelling foreign firms to open offices on Russian territory, to tax breaks for Russian IT companies.

One potential stumbling block for the law’s introduction was the reaction of U.S. tech giant Apple (NASDAQ:AAPL), which dragged its feet before agreeing last month to offer a way for users to install Russian software during iPhone setups.

The legislation has become known colloquially in Russia as ‘the law against Apple.’

Apple said it would offer a selection of apps from Russian developers as part of activation screens for new devices. It said it intended to comply with the new Russian law, but noted that all apps are reviewed to ensure they comply with Apple’s standards for privacy, security and content.

“Russian apps from the pre-installation list should be placed next to other programmes of the same class: both from the same category next to each other on the same screen of the device.”

The apps on the list include internet browsers, search engines, maps and navigations providers, and apps for using the payment system Mir, Russia’s answer to Visa (NYSE:V) and Mastercard (NYSE:MA), according to a government decree published in November.

Russia’s IT industry has the opportunity and potential to become a “locomotive in the process of modernising the country,” Deputy Prime Minister Dmitry Chernyshenko said at a meeting with representatives of the IT industry last month.

A second package of more than 60 support measures for the industry is being discussed in government, he added.