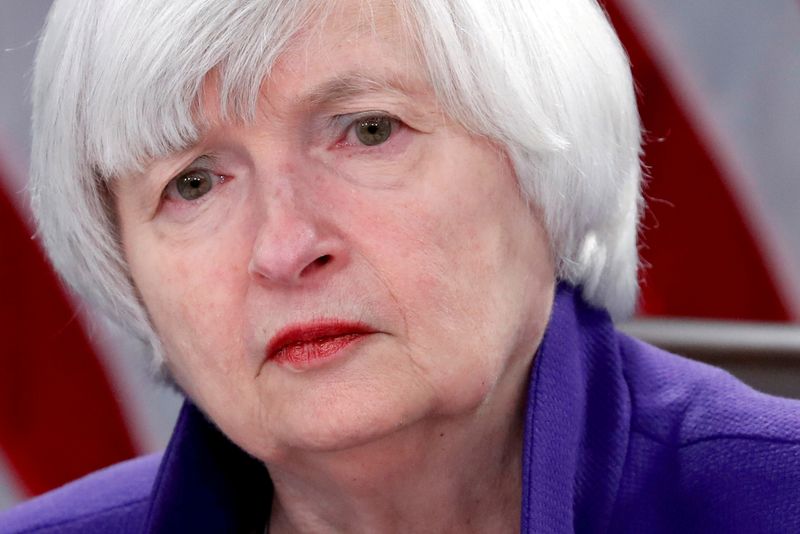 BRUSSELS (Reuters) – The European Commission backed on Tuesday a call from U.S. Treasury Secretary Janet Yellen for a global minimum corporate tax, but said its rate should be decided in talks in the Organisation for Economic Cooperation and Development (OECD).

Yellen said on Monday she was working with G20 countries to agree on a global corporate minimum tax rate to end a “thirty-year race to the bottom on corporate tax rates”.

The U.S. plan envisages a 21% minimum corporate tax rate, coupled with eliminating exemptions on income from countries that do not enact a minimum tax to discourage the shifting of jobs and profits overseas.

“We remain committed to ensuring that all businesses, including digital ones, pay their fair share of tax, where it is rightfully due,” European Commission spokesman Dan Ferrie told a news briefing when asked about the U.S. proposal.

The OECD has long been working on two-pillar global taxation scheme, originally meant mainly for digital giants like Google (NASDAQ:GOOGL), Amazon (NASDAQ:AMZN), Facebook (NASDAQ:FB) or Apple (NASDAQ:AAPL), to tax companies where they make profits even if they do not have a physical presence there.

The second pillar of the OECD scheme is to establish a global minimum tax rate, which could apply to all companies, not only digital ones, so that governments do not compete with each other offering lower taxes to attract large multinational firms.

“We welcome the strong support from all G20 Finance Ministers for an agreement on both OECD pillars by July 2021,” Ferrie said.

“We hope that the announcements of Secretary Yellen regarding the US position, withdrawing the safe harbour regime proposal and calling for a minimum corporate taxation, will spur a new momentum towards agreement on a consensus-based global solution this summer,” he said.

Asked if the EU would support the 21% rate mentioned by the U.S., Ferrie declined any comment on figures. “We are working towards a solution in the framework of the OECD,” he said.

An agreement among European countries might not be easy because corporate tax rates in the 27-nation bloc vary widely from 9% in Hungary and 12.5% in Ireland to 32% in France or 31.5% in Portugal.

The EU’s attempts to unify even what companies are taxed on, rather than setting a common tax rate, have been stalled since 2011 because taxation is a jealously guarded prerogative of national parliaments and often forms a key part of a country’s economic model.EU backs U.S. call for global minimum corporate tax, but rate to be decidedAdd a Comment