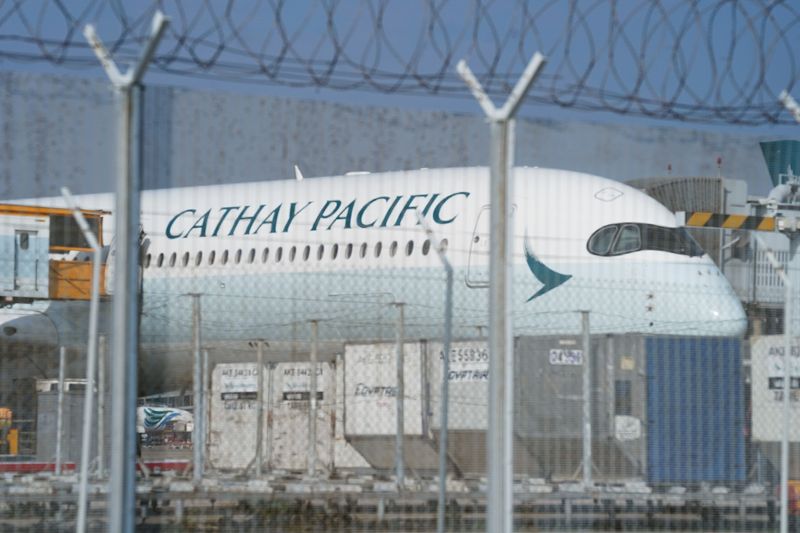 (Reuters) – Hong Kong’s Cathay Pacific Airways (OTC:CPCAY) Ltd said on Friday a relaxation of quarantine requirements for its cargo crews would help to boost air freight capacity and lower its cash burn at a time when it has only a skeleton passenger service.

The airline had previously said rules that took effect on Feb. 20 and required most crew to quarantine for two weeks in hotels before returning to normal life in Hong Kong would increase cash burn by about HK$300 million to HK$400 million ($38.62 million-$51.49 million) per month, on top of the regular HK$1 billion to HK$1.5 billion levels.

“This will have a positive impact on our cargo business while also progressively reducing our monthly operating cash burn.”

It did not say by how much its cash burn would fall or by how much its freight capacity will rise. Shares were up 1.1% in trading before the announcement made during the Hong Kong market’s lunch break.

The airline said there had been zero positive COVID-19 tests this year among the more than 18,500 tests its operating Hong Kong-based crew had taken in the days following their arrival in Hong Kong.

Cathay carried just 18,539 passengers in March, having cut capacity by 47% from February due to the crew quarantine rules.

However, Lam said the Hong Kong government’s stated intention of lifting the mandatory quarantine period for travellers from mainland China and reducing it for those arriving from low- and

medium-risk places was a positive step in the right direction.

Cathay reported a record cargo load factor of 86.4% in March, though freight carriage fell by 29.6% from a year earlier.