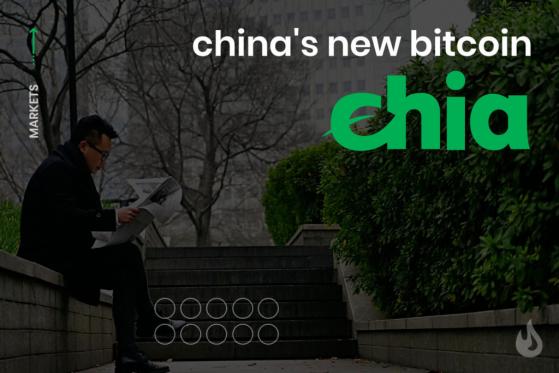 Since Bitcoin debuted in 2009, countless other crypto projects have been pitted against it, with the vast majority failing the test of time. Now, we have Chia, hailed as the green Bitcoin and the next Filecoin. Within a month of its launch, hard disks are selling out in China. Here’s what you should know about China’s new cryptocurrency.

What Is The Chia Network?

Chia Network Inc. is a blockchain startup based in China that seeks to reinvent digital money. Chia was founded by Bram Cohen, the inventor of BitTorrent. On March 24, Chia Network Inc. introduced its revolutionary eco-friendly blockchain and its new digital currency known as “Chia” (XCH).

Chia has stated, “We believe that cryptocurrency should be easier to use than cash, harder to lose, and nearly impossible to steal.” The company expects that their blockchain and the Chia currency will be used to complete cross-border payments and issue financial assets and stablecoins.

On a much grander scale, Chia plans to sell software services and support for its open-source blockchain and smart transaction software to governments, financial institutions, corporations, and large buyers and sellers of storage.

A key feature of the Chia blockchain is the new consensus model it proposes called Proof of Space and Time (PoST). The business whitepaper of the Chia Network articulates how it aims to become the go-to for sustainability.

The Next Filecoin – Only a Bitcoin Competitor

Chia has been called the next Filecoin because it operates in a similar manner. To earn Chia, miners – or as they are called in the Chia Network farmers – allocate free storage space on their devices and are rewarded for their participation.

The Proof of Space and Time (PoST) model adopted by Chia was created by Cohen. Unlike other consensus models that consume massive amounts of electricity in running mining rigs and single-purpose ASIC hardware to validate transactions, PoST will leverage “the over-provisioned exabytes of disk space that already exist in the world today.”

Chia is attempting to make home mining possible again by allowing farmers to contribute their unused computer storage space. To mine or farm, whichever you choose to call it, “just download the Mac or Windows version and double click.”

Another important takeaway from Chia’s whitepaper is the route it takes toward the supply of tokens. While most other cryptos have a hard cap, Chia argues that:

“Being able to directly calculate a shared expectation of the total supply at any given time gives much the same financial and peace of mind benefit.”

The mainnet of the Chia Network launched with 21 million XCH in circulation. According to the whitepaper, it will take another 21 years for the current supply of tokens to be doubled.

The whitepaper also acknowledges the importance of regulators in the crypto space, and Chia will embrace regulations rather than trying to fight them. The Chia Network has made it clear that it will opt for a public listing in the future.

By opting for a public listing, the Chia Network will essentially allow backers to treat its equity as an exchange-traded fund (ETF) for the XCH cryptocurrency.