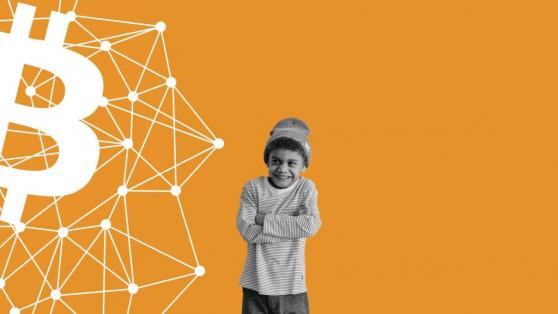 Bitcoin mining has become a highly profitable business as the cryptocurrency’s price continues to hit new all-time highs. BTC is becoming a unique asset in the current economic landscape. Through Bitcoin, Satoshi Nakamoto intended to decrease the power held by financial institutions by reducing the reliance on centralized systems and permitting people to transact freely.

Demand for a US mining pool is reflected in the purchasing behavior of American institutions, which have poured over $500 million into mining equipment, signaling their bullish expectations. As the leader in mining equipment financing, Foundry offers investors a one-stop mining solution in North America with the launch of its mining pool. It’s estimated that during beta testing, the company has mined 780 BTC since October. In February, Foundry mined 35 blocks.

On April 23, Foundry launched a partnership with BitFarm, aiming to boost the network’s hashrate by 15%. BitFarm will obtain financing to purchase 1,465 machines with a down payment of as little as 10%. BlockCap also joined the North American mining pool, with over 10,000 machines contributing more than 0.9 exahashes of computing power. BlockCap will add 18,000 new miners to the US mining pool, growing the network’s computing power.

In the wake of the Xinjiang mining explosion and subsequent power outage, Bitcoin’s global hash rate plummeted by 20-25%. Most Chinese mining equipment is located in the Xinjiang and Sichuan provinces. According to Mustafa Yilham of Bixin, this is due to the regions’ favorable weather and lower mining costs in the winter season. In the wintertime, the two provinces account for over 50% of the global hash rate.

The former director of F2Pool tweeted that mining equipment in China is “gradually” turning back on with an overall hash rate of 13 exahashes in the past 24 hours. Thus, Foundry’s aim of “decentralizing” Bitcoin mining outside China is far from being achieved as Chinese miners have capitalized on the market. Still, China’s mining dominance is declining.

Mining Bitcoin has turned into a profitable industry, and farms need to access the cheapest energy sources. China does offer favorable conditions with affordable renewable energy. However, Mustafa Yilham has argued that other locations can present more useful and reliable sources of energy. Additionally, given the Xinjiang incident, miners will consider alternative farm locations to maintain their earnings. Miners within China are seeking to relocate after the incident, which rattled the price of Bitcoin.

The Decentralization of Bitcoin

Bitcoin’s operations are controlled by five major companies, causing concerns regarding the centralization of power. The network could be undermined by a 51% attack where one entity controls 51% of the network’s hash rate and can alter block creation. According to an analysis by TokenAnalyst, 49.99% of the network hashrate is from China.

The decentralization of Bitcoin has been a hot topic in recent years, not because of a lack of trust in the network, but because it needs to create balance in the market. Miners are profit-driven; thus, any significant sell-off can prompt market volatility. While Foundry’s aim to decentralize Bitcoin is well-founded, its motivations go beyond network security and more toward profit gains, similar to any other mining company.

Bitcoin mining is heavily reliant on resources, and the network hash rate increase raises the entry barrier for any at-home rig. Proof-of-work is reliant on a large consumption of energy, and as data from Foundry indicates, financing is generally required to fund such operations. The current Bitcoin decentralization debate focuses on the centralization of power inside mining pools.

Still, there is light at the end of the tunnel. Braiins, which operates Slush Pool (NASDAQ:POOL), the largest mining pool outside of China, aims to address centralization with Stratum V2. The protocol tackles the miner and mining pool relationship by empowering miners over the pool. In the new meta, the miner decides which transaction to include in the block. What’s more, the power in the network can be brought down to the individual level, thus creating a censorship-free network.