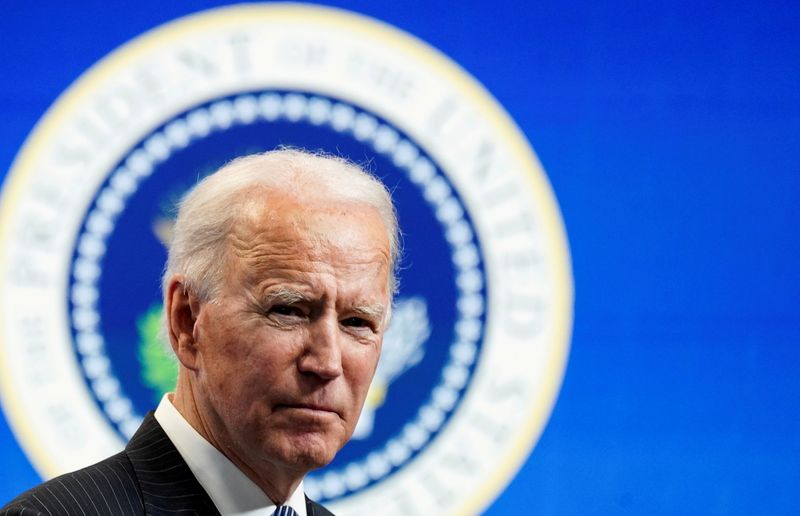 WASHINGTON (Reuters) – President Joe Biden will seek an extra $80 billion to fund U.S. tax collections that would help pay for his plan to bolster childcare, universal prekindergarten education and paid leave for workers, the New York Times reported on Tuesday.

The Democratic president’s proposal to boost the Internal Revenue Service’s budget over 10 years would help the agency curb tax evasion through audits of high earners and large corporations and include new disclosure requirements, the Times said, citing two people familiar with the plan.

Representatives for the White House and the U.S. Treasury Department, which oversees the IRS, had no immediate comment.

Biden’s American Families Plan, expected to be released before his address to Congress on Wednesday, is part of the Democratic president’s sweeping economic agenda, but details are still emerging.

It would have to pass a closely divided Congress where Democrats hold a thin majority.

Biden’s potentially $1.5 trillion effort could reshape life for many people in the United States trying to balance work and family life, and the White House has said the wealthy and corporations can afford to pay for new programs.

But Biden, who is also pushing for companies to help fund his separate $2.3 trillion infrastructure plan, has been adamant about targeting non-payers to re-invest in the nation.Biden eyes $80 billion IRS boost to help fund family programs: NY Times13Comments (13)