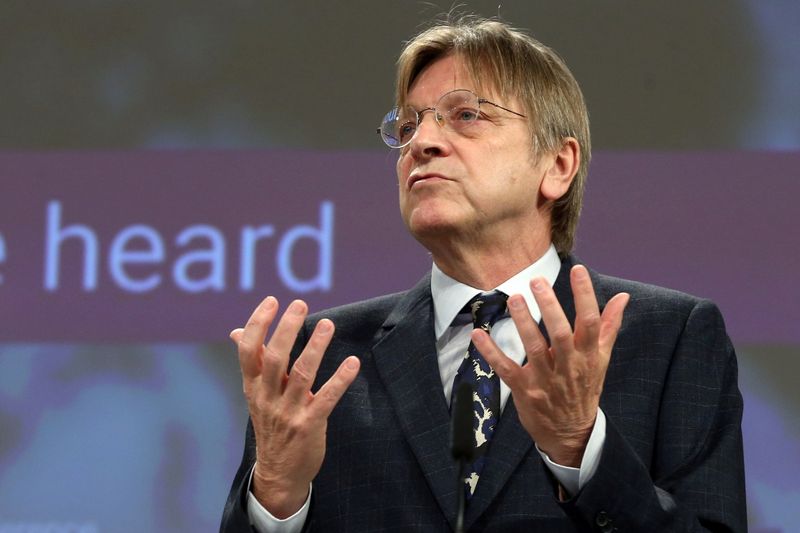 © Reuters. FILE PHOTO: Conference on the Future of Europe, in Brussels

BRUSSELS (Reuters) – The European Parliament has voted overwhelmingly in favour of the post-Brexit trade deal between Britain and the European Union, clearing the last hurdle towards full ratification of the accord.

EU lawmakers backed the trade and cooperation agreement by 660 votes to five, with 32 abstentions, the parliament announced on Wednesday. The vote took place on Tuesday, but coronavirus working restrictions meant the result was not immediately known.

Parliament’s consent brings to an end over four years of acrimonious negotiations and debate and lingering mistrust as Britain ended 47 years of EU membership.EU lawmakers clear post-Brexit trade deal with BritainAdd a Comment