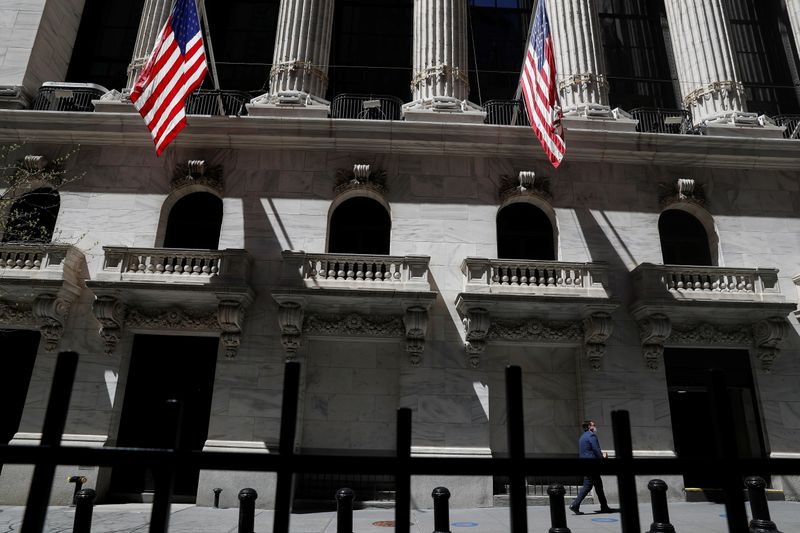 (Reuters) -Wall Street’s main indexes were set to open higher on Thursday after stellar earnings from Apple and Facebook powered a rally in tech stocks, while investors parsed a barrage of quarterly reports as well as the latest batch of economic data.

Apple Inc (NASDAQ:AAPL) gained 2.4% in premarket trading after posting sales and profits ahead of Wall Street estimates, led by much stronger-than-expected iPhone and Mac sales.

Facebook Inc (NASDAQ:FB) jumped 7.9% on beating analysts’ expectations for both quarterly revenue and profit, helped by a surge in digital ad spending during the pandemic, along with higher ad prices.

“We expected tech earnings to come in strong and they comfortably cleared the high bar which is extremely impressive. But also, it is another sign just how quickly this economy continues to roar back,” said Ryan Detrick, chief market strategist at LPL Financial (NASDAQ:LPLA).

“We are going to continue to watch any other Fed discussion or any inflation data closely. Because many companies are talking about higher pressure on prices and that could turn into higher prices to consumers.”

Data showed the U.S. economic growth accelerated in the first quarter, fueled by massive government aid to households and businesses, while a Labor Market report showed 553,000 people filed for state unemployment benefits during the week ended April 24, compared to 566,000 in the prior period.

Global shares extended gains after the Federal Reserve said it was too early to consider rolling back emergency support for the economy, and U.S. President Joe Biden proposed a $1.8 trillion stimulus package.

At the conclusion of the U.S. central bank’s latest policy meeting on Wednesday, Fed Chair Jerome Powell acknowledged the economy’s growth, but said there was not yet enough evidence of “substantial further progress” toward recovery to warrant a change in policy.

Shares of electric vehicles companies, including Tesla (NASDAQ:TSLA) Inc, Nikola Corp, rose 0.8% and 2.3%, respectively, as sales picked up speed in the first quarter, according to the International Energy Agency.