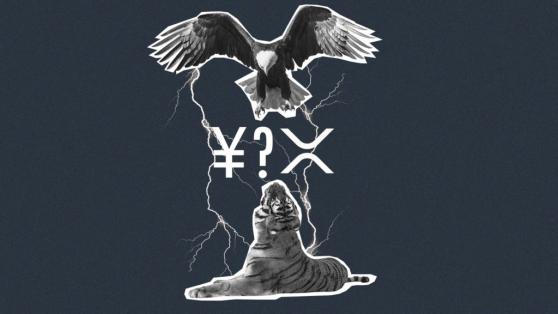 Could the XRP Become the Digital Dollar to Rival China’s Digital Yuan?

As the crypto industry evolves and matures, new trends and innovations are introduced. One such is the Central Bank Digital Currency (CBDC). Unlike traditional cryptos, these assets of central banks will be backed by the nation’s cash reserves. Thus, making them more stable.

China has already scheduled the digital yuan to be launched at the 2022 Winter Olympics in Beijing. The United States, on the other hand, hasn’t made much progress in the development of digital dollars. As a result, there have been different speculations about which asset could emerge as the CBDC, including Ripple’s XRP.

China’s Journey to The Digital Yuan

Although just receiving media attention in recent times, the development of the digital yuan began as early as 2014. In February, WeBank and Fintech Giants MYBank were selected by China to experiment and test the digital yuan.

The project is already in its later stages and is set to launch later in 2022. Upon launch, the digital currency will be controlled by the People Bank of China (PBOC).

Although China is ahead of the pack (but not winning – PwC) in launching its CBDC, the country has announced no plans to replace the dollar with the digital yan. The digital equivalent is a way to replace coins and cash in circulation and primarily focuses on domestic use.

He is quoted saying:

The point [of Ripple’s efforts] is to enable a lot of efficiency and liquidity between XRP and the U.S. dollar.

Despite the ongoing legal battle with the Securities and Exchange Commission (SEC), Brad Garlinghouse has also asserted that now is a crucial moment for the U.S. to establish itself as a leader in the booming crypto business.

The United States Vs. China

The United States and China represent two of the biggest countries in terms of crypto regulation and two differing views of the industry. As the quest for dominance continues, we may see these countries continue to be pitted against each other.

The strained relationship between these two superpower nations has dragged on, affecting the blockchain industry. One area of growing interest in the crypto space has been the Central Bank Digital Currency (CBDC).

As China moves closer to achieving the digital yuan, we are bound to see a response from the United States. The U.S. Central bank has already listed preconditions for a digital dollar. Could the entire development process of a CBDC be skipped for established cryptos like XRP or in favor of another CBDC like the Sand Dollar digital currency? What do you think will be the turn of events?