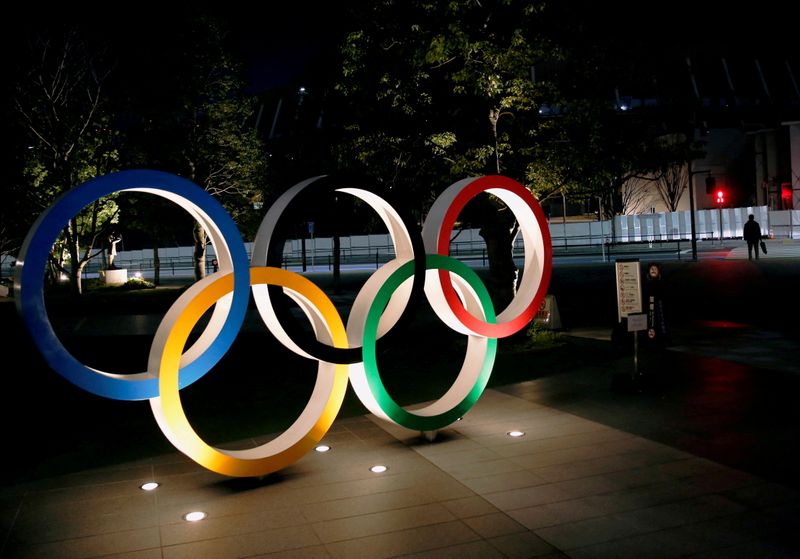 By Akiko Okamoto and Ju-min Park

TOKYO (Reuters) -An online petition in Japan calling for the Tokyo Olympics to be cancelled has garnered more than 200,000 signatures in the past few days, as public concerns mount over holding the Games in a pandemic.

With less than three months to go before the start of the summer Olympics, already postponed for a year due to the coronavirus, questions still remain over how Tokyo can hold the global event and keep volunteers, athletes, officials and the Japanese public safe from COVID-19.

In two days since its launch, an online campaign https://www.change.org/p/cancel-the-tokyo-olympics-to-protect-our-lives-stoptokyoolympic called “Stop Tokyo Olympics” has gathered over 210,000 signatures, exceeding its initial 200,000 goal.

Facing a fourth wave of the pandemic and struggling with a slow vaccination rate, residents in Tokyo were sceptical about whether the Olympics should go ahead, and wary about foreign visitors.

“It’s absurd that we are holding the Olympics under the COVID pandemic,” said Katsumi Abiko, owner of a Japanese kimono shop.

“If we make the decision now to cancel it, Japan will be praised for making the right decision and be remembered by history,” Abiko, 79, told Reuters.

The Japanese government is set to extend states of emergency in Tokyo and three other areas until the end of May. Opinion polls in Japan have found a majority of the public is opposed to the Games, which are due to open on July 23.

“We strongly call for the prevention of spread of coronavirus and protection of lives and livelihood by using available resources to stop the Olympics,” Kenji Utsunomiya, the online petition organizer, wrote on his website. Utsunomiya is a lawyer who has run several times for Tokyo governor.

But organizers have repeatedly said the Games will go ahead, unveiling detailed Covid-19 protocols for athletes and officials.

Pfizer Inc (NYSE:PFE) and its German partner BioNTech SE (NASDAQ:BNTX) said on Thursday they had agreed to donate their vaccine to help inoculate those participating in the Games.Anti-Olympics campaign gains traction online in Japan amid COVID-19 fears2