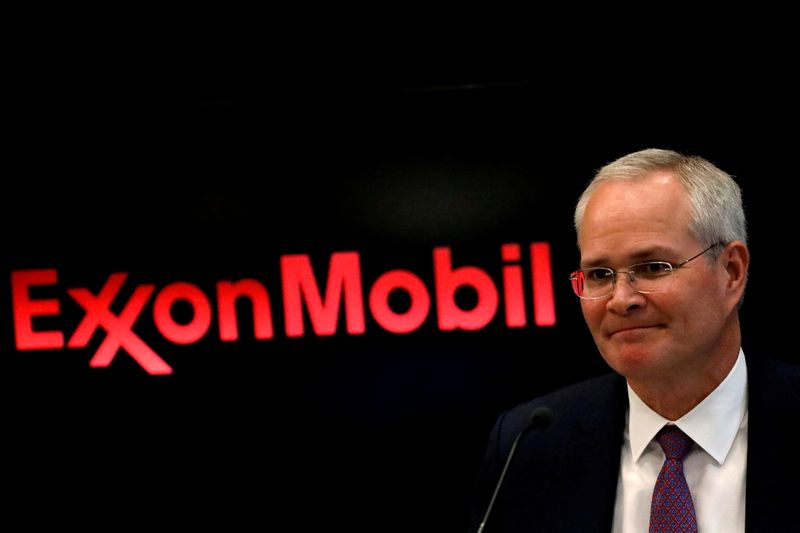 Top U.S. oil producer Exxon is battling hedge fund Engine No. 1 over four seats on its 12-member board and the direction of the company. The fund has criticized Exxon’s poor returns, spending on fossil fuels and lack of clear plans for the energy transition.

Legal & General Investment Management (LGIM) owns Exxon shares worth nearly $1 billion, according to Refinitiv data. It disclosed its voting plans in a blog on Tuesday. Exxon’s annual shareholders meeting will be held on May 26.

LGIM also opposed the reelection to the board of Exxon’s chief executive, Darren Woods, and lead independent director Kenneth Frazier, and backs the separation of the CEO and chairman roles, John Hoeppner, head of U.S. stewardship and sustainable investments at LGIM, said in an interview.

LGIM will vote for Engine No. 1’s nominees – Gregory Goff, Anders Runevad, Kaisa Hietala and Alexander Karsner – he said. The Engine No. 1 slate also has support from large pension funds in California and New York.

“We think they have a good, complementary set of experiences that would be in the best interest of the long-term shareholders,” Hoeppner said.

Exxon’s current board is full of “incredibly accomplished CEOs” but lacks people who understand oil and gas and the energy transition, and who have overseen business transformation, Hoeppner said.

LGIM has “very rarely, if ever,” spoken with Exxon’s directors and has not found that its board offers “the same level of board-level buy-in that we see in other organizations,” Hoeppner said.

LGIM last year voted against CEO Woods and in favor of an independent chairman. It has signed onto the Net Zero Asset Managers  Initiative, which vows to press portfolio companies to achieve net zero emissions by 2050 or sooner.

Exxon has not set 2050 net zero targets as European peers have done. To try to address investor concerns on climate, in recent months it has expanded its board, pledged to increase spending on lower-carbon initiatives and said it would lower the intensity of its oilfield greenhouse gas emissions.Investor Legal & General backs activist in Exxon proxy battleAdd a Comment