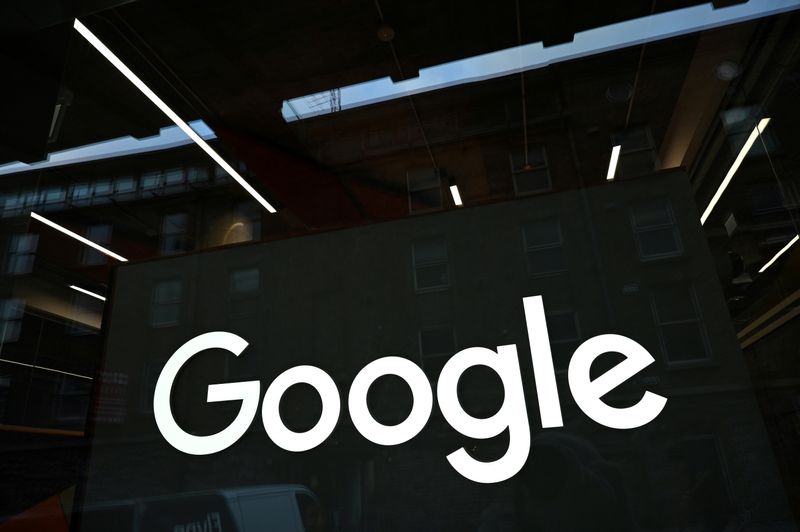 © Reuters. FILE PHOTO: The Google logo is seen on on the company’s European headquarters in Dublin, Ireland, February 27, 2021. REUTERS/Clodagh Kilcoyne

(Reuters) – Google (NASDAQ:GOOGL) has won a deal to provide cloud services to Elon Musk’s SpaceX, which has launched a slew of Starlink satellites to provide high-speed internet, it said on Thursday.

SpaceX will set up ground stations within Google’s data centers that connect to the Starlink satellites, enabling fast and secure internet services via Google Cloud, the search giant said.

This service is expected to be available in the second half of 2021 for enterprise customers, the company said.

The deal comes at a time when demand for cloud-computing services has soared, with players like Microsoft Corp (NASDAQ:MSFT) and Amazon.com Inc (NASDAQ:AMZN) dominating the market. Cloud companies have also tapped into the telecoms sector, thanks to a jump in demand for 5G connectivity.

Google’s cloud business accounts for about 7% of its total revenue, as of the latest earnings report.

Privately held SpaceX, known for its reusable rockets and astronaut capsules, is ramping up satellite production for Starlink, a growing constellation of hundreds of internet-beaming satellites that Musk hopes will generate enough revenue to help fund SpaceX’s interplanetary goals.Google wins cloud deal from SpaceX for Starlink internet serviceAdd a Comment