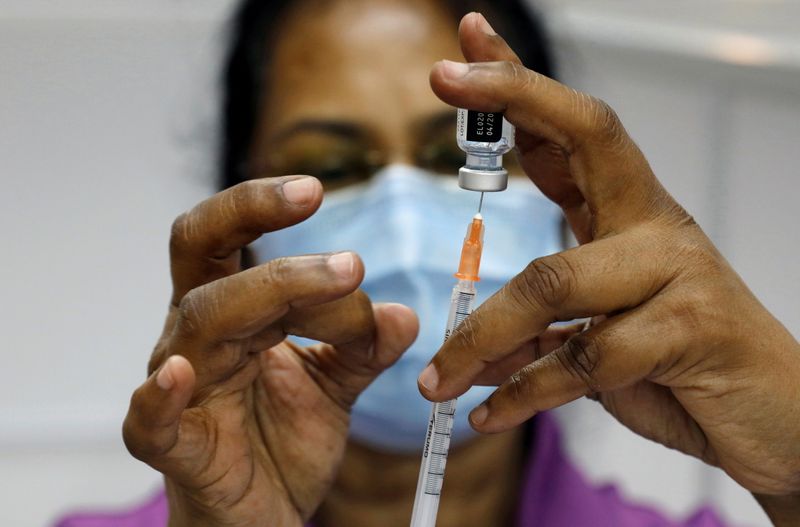 SINGAPORE (Reuters) – Singapore warned on Sunday that the new coronavirus variants, such as the one first detected in India, were affecting more children, as the city-state prepares to shut most schools from this week and draws up plans to vaccinate youngsters.

All primary, secondary and junior colleges will shift to full home-based learning from Wednesday until the end of the school term on May 28.

“Some of these (virus) mutations are much more virulent, and they seem to attack the younger children,” said Education Minister Chan Chun Sing.

None of the children who have contracted the virus are seriously ill and a few have mild symptoms, he added.

On Sunday, Singapore confirmed 38 locally transmitted COVID-19 cases, the highest daily number since mid-September, with 17 currently unlinked. The cases included four children linked to a cluster at a tuition centre.

The B1617 strain appeared to affect children more, said Health Minister Ong Ye Kung, citing the ministry’s director of medical services Kenneth Mak. It was not clear how many children had contracted the strain.

Singapore has reported more than 61,000 virus cases, with the bulk linked to outbreaks last year in foreign worker dormitories, and 31 deaths. Sunday’s new cases were the highest number of local infections outside of the dormitories in a year.

“The sharp rise in the number of community cases today requires us to significantly reduce our movements and interactions in the coming days,” Chan added.

The Asian trade and financial hub of 5.7 million people had until recently been reporting almost zero or single-digit daily infections locally for months.

Though Singapore’s daily cases are still only a fraction of the numbers being reported among its Southeast Asian neighbours, infections have been increasing in recent weeks. From Sunday, the government implemented its strictest curbs on gatherings and public activities since a lockdown last year.

But the speed of Singapore’s inoculation programme is being limited by the pace of vaccine supply arrivals. Experts are studying whether to give one dose of the vaccine and extend the interval between shots, said Ong.

Over a fifth of the country’s population has completed the two-dose vaccination regimen with vaccines from Pfizer-BioNTech, and Moderna (NASDAQ:MRNA). Authorities will invite people under 45 years of age to receive shots from the second half of May.

Chan said the government is also working on plans to vaccinate children below 16 years after regulatory approval, which was being sought by Pfizer (NYSE:PFE).Singapore warns children susceptible to virus variants, shuts schools1