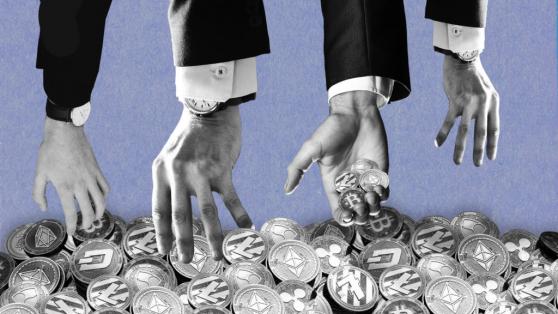 Governments And Altcoins: The Preferences Apart From Bitcoin

The analytical data reveals, that two global superpowers – the United States and China – may have crypto investments on a governmental level.

China is the second-biggest BTC holder after Grayscale ($37B worth of BTC), while the US ranks seventh. According to such data, each of them holds under 1% of Bitcoin’s total supply and is among the rare governments openly declaring their Bitcoin investments.

Most of their counterparts around the world seem to keep silent on the subject of crypto investments. Such a position could mean that they do not disclose their crypto holdings or do not have any.

That may be logical, considering that multiple governments worldwide are working towards their own digital currencies.

From Japan to Latin American countries – dozens of governments are exploring the issuance of their very own central bank digital coins (CBDCs). For now, China is one of the leaders in the race. The country tested its digital yuan in live pilots and plans to make it available at the 2022 Winter Olympics.

Despite these developments, governments worldwide also support various blockchain projects. That could lead to assumptions of a positive official attitude and possible investments in altcoins. Let’s take a look at which countries may have preferences for what coins.

Ethiopia’s government signed a historic deal with IOHK, the company behind Cardano, this April. The partnership brings 5 million Ethiopian students to the Cardano blockchain to track their academic performance.

The country has a population of 117 million, and a growing number of locals are turning towards digital currencies due to increasing inflation. The government has not issued any crypto regulation laws yet.

The general governmental attitude towards cryptocurrencies is highly positive in Switzerland. The country has no state-backed digital currency nor clear plans to issue any. However, its region of Zug, nicknamed “Crypto Valley,” has started accepting Bitcoin and Ethereum for tax payments from this February.

Officially, Japan has no investments in Ripple’s XRP. The coin is currently embroiled in a lawsuit with the US Securities and Exchange Commission (SEC). The authority accuses the firm of selling $1.3 billion of XRP as an unregistered security. In the meantime, Japan’s securities regulator FSA considers XRP to be not a security but a cryptocurrency.

The Japanese financial firm SBI Holdings is one of Ripple’s investors and business partners. SBI Holdings aims to revive the country’s regional banks, which are struggling with an aging society and pandemic issues.

While countries do not disclose voluntary crypto investments, the legal way to add some to the national treasury is… confiscation. South Korea punished its cryptocurrency tax evaders last month and now holds over $22 million worth of digital coins.

Join to get the flipside of crypto [contact-form-7]

Continue reading on DailyCoinGovernments And Altcoins: The Preferences Apart From Bitcoin