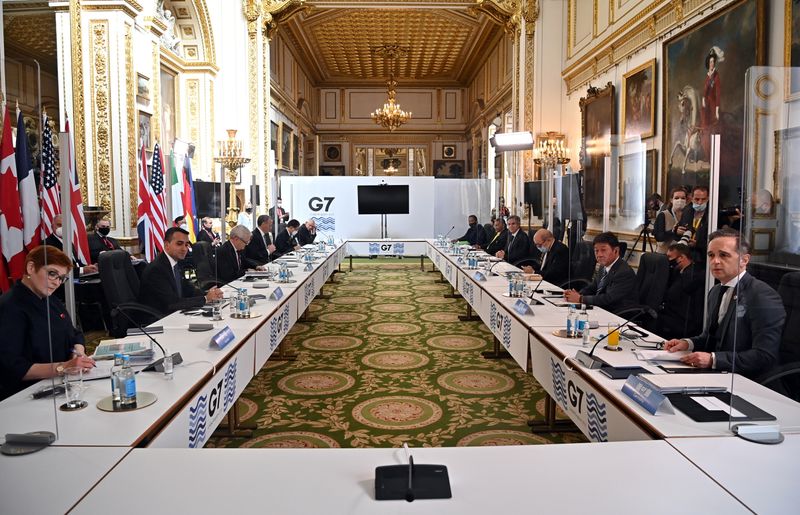 LONDON (Reuters) -Group of Seven countries are close to reaching agreement on the corporate taxation of multinationals, clearing the way for a global deal later in the year, the Financial Times reported.

After the United States agreed to accept a minimum rate of at least 15%, France, Germany and Italy said the new proposal was a good basis for sealing an international deal by July.

A G7 deal could be agreed as early as Friday after progress was made among top officials in recent days, the FT said.

“The world is closer than ever before to a global minimum tax,” U.S. National Security Adviser Jake Sullivan said on May 22.

“Great to hear the positive reception to our proposal,” he said on Twitter. “This is what it looks like to lead the world to end the race to the bottom.”

Nearly 140 countries aim to reach broad agreement this summer to rework rules for taxing multinational groups and big technology companies, such as Alphabet (NASDAQ:GOOGL) Inc and Facebook Inc (NASDAQ:FB).G7 is close to agreement on taxation of world’s largest companies – FTAdd a Comment