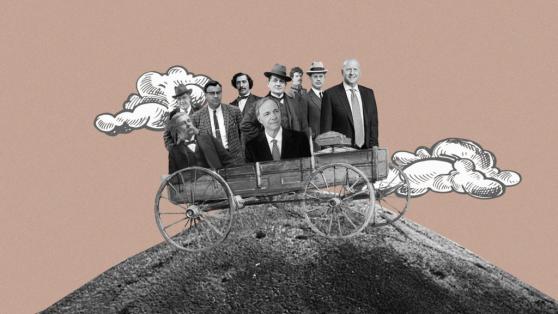 There’s plenty of room for anyone to jump on the Bitcoin bandwagon, especially when the new jumpers were previously staunch skeptics. Such is the case with newly minted Bitcoin buddies, Goldman Sachs Global Digital Asset Lead, Mathew McDermott and Ray Dalio, founder of Bridgewater Associates – a top global hedge fund. Earlier this week, both publicly came forward as supporters and exploratory investors of Bitcoin.

On Monday, McDermott announced in a research note to his subscribers that Bitcoin is worthy of attention and investment.

“Bitcoin is now considered an investable asset. It has its own idiosyncratic risk, partly because it’s still relatively new and going through an adoption phase. And it doesn’t behave as one would intuitively expect relative to other assets given the analogy to digital gold; to date, it tends to be more aligned with risk-on assets. But clients and beyond are largely treating it as a new asset class, which is notable—it’s not often that we get to witness the emergence of a new asset class.”

Similarly, Dalio was once an outspoken critic of Bitcoin but in a recording from an investor conference earlier this month, that was made public on Monday, the billionaire investor admitted to owning Bitcoin, and saying that Bitcoin was his preferred asset when compared to bonds.

This is good news for BTC hodlers and anyone who holds true to the inherent anti-inflationary, anti-fiat value of Bitcoin. The reversal of such previously ardent-opposition opinions by established players within the investment community helps to validate and legitimize the entire cryptocurrency asset class.

What makes these asset admissions even more remarkable is their timing.

Both McDermott’s and Dalio’s stated support for Bitcoin, follows one of the biggest weekly price washouts in BTC history. In addition, the statements from Goldman and Bridgewater squarely position those organizations in direct opposition of the financial establishment majority. According to a recent Bank of America (NYSE:BAC) survey of financial insiders, nearly 75% of respondents – a massive majority – still consider Bitcoin a “bubble asset.”

Whether the majority of financial managers are interested in Bitcoin or not, is not important to McDermott because he says his large institutional clients are very interested in the category.

“As a whole, discussions with institutional clients revolve around how they can learn more on the topic and get access to the space—as opposed to questions around what bitcoin or cryptocurrencies are—which was really the main topic just a few years ago. But beyond that, asset managers and macro funds are interested in whether or not crypto fits into their portfolios, and if it does, how to get access to either the physical—by trading the spot instrument on a blockchain— or exposure through other types of products, typically futures.”