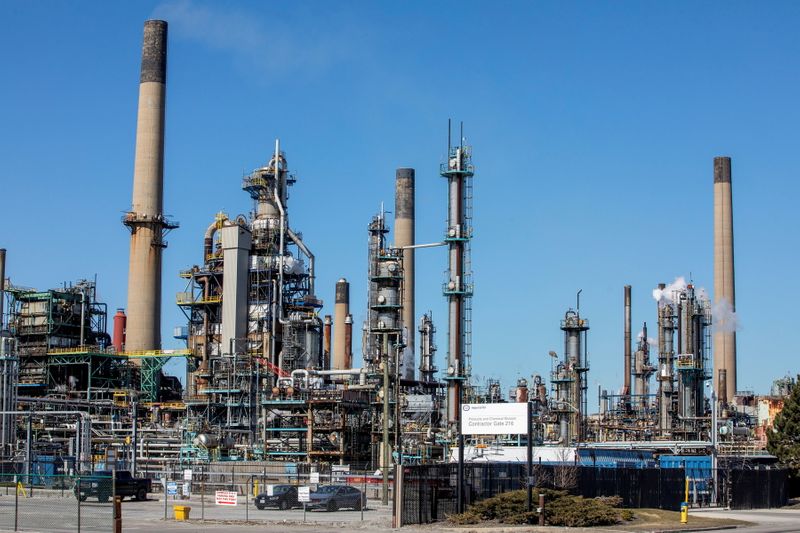 TORONTO (Reuters) – Canada’s biggest pension managers boosted their investments in the country’s major oil sands companies in the first quarter of 2021, raising questions about the funds’ recent commitments to greening their portfolios.

The cumulative investment by the country’s top five pension funds into the U.S.-listed shares of Canada’s top four oil sands producers jumped to $2.4 billion in the first quarter of 2021, up 147% from a year ago, a Reuters analysis of U.S. 13-F filings show. Much of that increase, which bucked a declining trend since 2018, came from rising prices of shares already owned, but the funds also purchased more shares.

Canadian pensions face pressure to balance a mandate to be environmentally responsible with their fiduciary duty to maximise returns. Canada’s oil sands are a high-carbon industry, yet their rising shares prices are tempting for investors.

Some Canadian pension funds say they favour continuing to invest in fossil fuel producers to help those firms transition toward producing cleaner energy.

“We have a big problem with pension funds saying we believe in engagement, not divestment, but there’s no sign of this engagement,” said Adam Smith, director of pension activist group Shift. “The very act of owning them (oil sands companies) implies the funds do not support transition.”

While first-quarter exposures to oil sands firms have risen, annual reports show three of the five pension funds decreased their overall energy exposure in 2020 from 2019. But the 13-F filings present a more up-to-date picture.

Compared with same period in 2018, the funds’ investments in the four oil sands firms were down 0.9%.

While the Reuters analysis is restricted to four companies – Canadian Natural (NYSE:CNQ) Resources Ltd, Suncor Energy (NYSE:SU), Cenovus Energy (NYSE:CVE) and Imperial Oil (NYSE:IMO) – it provides a glimpse into the funds’ investments in northern Alberta’s oil sands, the source of the highest emissions-per-barrel oil on the planet, according to a 2020 report from consultancy Rystad Energy. (Graphic: Canada pension fund investments in oil sands, https://graphics.reuters.com/CANADA-PENSIONFUND/ESG/oakvekllmvr/chart.png)

But CPPIB, which manages C$497.2 billion in assets, saw exposure to fossil fuel producers rise 51.5% to C$17.6 billion at the end of March 2021, after falling for at least five years. The fund’s investments in renewable energy producers rose 16% to C$7.7 billion over the last year by comparison.

CPPIB declined to comment on the 13-F holdings data.

BCI’s annual reports do not break out energy investments as a percentage of overall holdings. Spokesman Ben O’Hara-Byrne said numerous factors affect changes in holdings, so percentages should not be used to derive assumptions about BCI’s response to environmental, social and governance (ESG) “integration efforts.”

A spokeswoman for PSP Investments said many of the investments were held in so-called “passive” portfolios containing a mix of assets based on a stock index designed to match overall market moves.

CDPQ did not comment specifically on its oil sands holdings, but a spokesman said fossil fuels represent a very small share of total assets owned by fund, which is targeting a carbon neutral portfolio by 2050.

OTPP has also committed to a net-zero portfolio by 2050 and will focus on climate-friendly investments that help shift away from fossil fuels, a spokesman said.