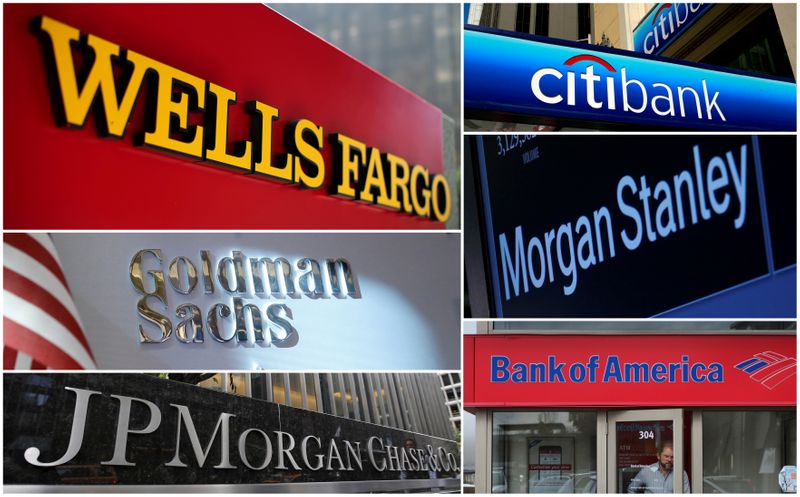 By Pete Schroeder and Matt Scuffham

WASHINGTON (Reuters) – Wall Street bank chiefs touted the role their institutions have played in getting the pandemic-hit U.S. economy back on track and in promoting diversity and racial justice as they appeared before Congress on Wednesday.

More than a decade after the 2008 financial crisis, the chief executives believe they have a good story to tell after getting $69 billion of COVID-19 aid to 850,000 struggling small businesses.

But they faced pushback both from Democrats who say the banks’ record on social justice is not as strong as they claim, and Republicans wary of companies’ growing support for liberal causes.

In their opening testimonies, the CEOs were quick to highlight their efforts, their institutions’ resilience, and initiatives’ to address diversity and inequality.

“We entered this crisis from a position of strength, and leveraged our size and scale to contribute to stability in our country and ongoing support for the ‘real economy’,” JPMorgan CEO Jamie Dimon said.

Citigroup chief Jane Fraser, the first woman to become a Wall Street bank CEO, acknowledged the historical role the industry had played in contributing to “systemic inequities” and flagged the more than $1 billion the bank had devoted to help close the racial wealth gap and increase economic mobility.

While the hearings are unlikely to result in policy proposals, they are politically risky for the CEOs as scrutiny of their industry grows under Washington’s Democratic leadership.

Senator Sherrod Brown, a Wall Street critic who became chair of the Committee following Democratic gains during the 2020 election, signaled he would not go easy on the Wall Street lenders, saying their success navigating the pandemic was not enough.

“Under the current system, Wall Street profits no matter what happens to workers, because those profits now come at the expense of workers,” he told the CEOs in his opening remarks.

The executives are also likely to get heat from progressive lawmakers who want them to do more to tackle climate change.

Lawmakers are also likely to seek answers on evidence that lenders discriminated against some borrowers when distributing pandemic aid, whether Wall Street’s wealthy pay enough taxes, and to justify stock buy backs.

Republicans, on the other hand, are angry at what they see as Wall Street’s liberal leanings, with Senator Patrick Toomey, the senior Republican on the panel, quick to criticize the CEOs for trying to drive social policies.

“I am concerned about increasing pressure on banks to embrace ‘wokeism’ and appease the far Left’s attacks on capitalism,”Wall Street CEOs tout COVID assistance, diversity efforts before U.S. SenateAdd a Comment