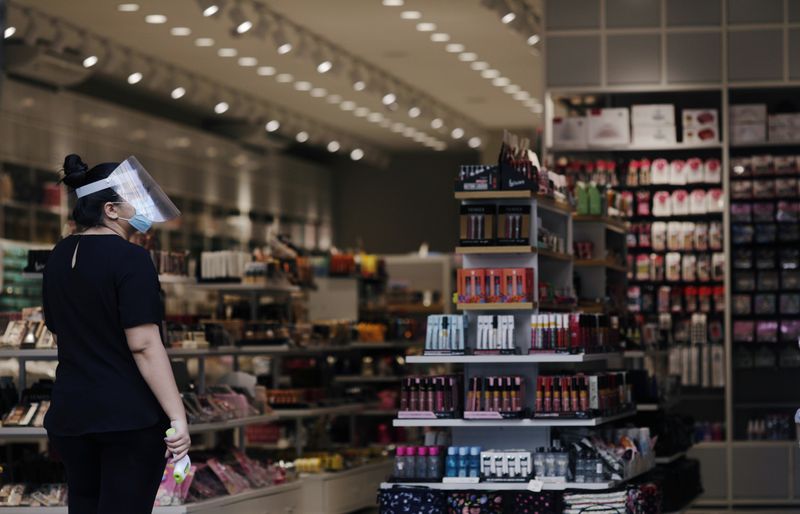 BRASILIA (Reuters) -Brazil’s economy expanded by 1.2% in the first quarter, data showed on Tuesday, a faster rise than economists had expected, as rebounding services and investments took Latin America’s largest economy to its pre-pandemic size at the end of 2019.

It was the third consecutive quarter of growth, and although the rebound has slowed, some underlying figures suggest stronger foundations for a continued recovery this year.

Brazil’s real got an immediate boost from the numbers, rising to 5.16 per dollar, on track to close at its strongest level this year.

The economic recovery has accelerated inflation in Brazil, prompting one of the world’s most aggressive string of ongoing interest rate hikes.

The central bank has raised its benchmark Selic rate by 75 basis points at each of its last two policy meetings, to 3.50%, and has indicated it will do so again next month as GDP growth holds up and inflationary pressures persist.

On the downside, government spending fell notably and manufacturing contracted. Household consumption fell less than expected, according to Vieira at Infinity, indicating a positive surprise for the rest of the year.

The 1.2% growth rate from the previous three months was more than the median forecast in a Reuters poll of economists for 1.0% growth.

The range of forecasts from 27 economists was extremely wide, indicating the difficulty they had in assessing the impact of the end of emergency government aid payments to the poor on Dec. 31 and the onset of the COVID-19 pandemic second wave.

Household consumption slipped 0.1% and government spending fell 0.8%, one of the biggest quarterly declines in years. Within industry output, the manufacturing sector shrank by 0.5%.

Compared with the same period a year earlier, GDP grew by 1.0%, IBGE figures showed, also more than the 0.8% rise forecast in a Reuters poll.

IBGE figures show economic activity is back to its pre-pandemic level at the end of 2019 but still 3.1% below its peak in 2014.

A clutch of upbeat indicators recently, including record tax collection and formal job growth, has triggered a wave of upward revisions to economists’ full-year GDP growth forecasts, mostly above 4% and some as high as 5%.Brazil economy rebounds to pre-pandemic level, beating forecastsAdd a Comment