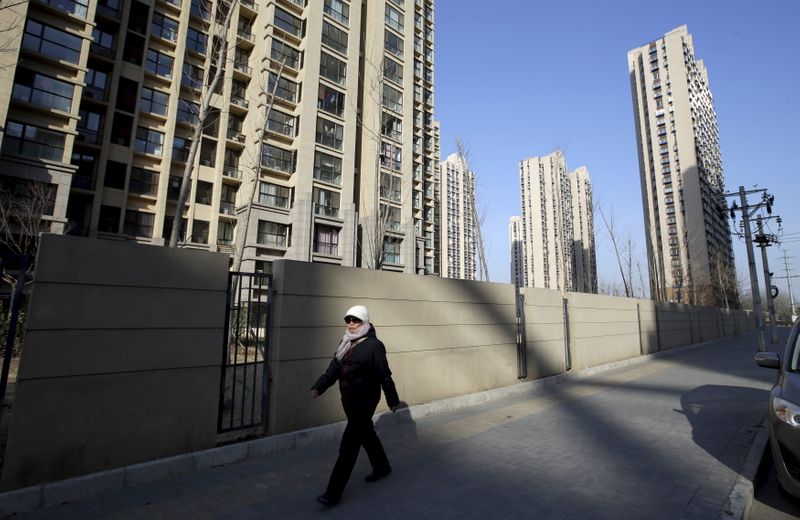 BEIJING (Reuters) – New home prices in China rose in May, extending the uptrend for a third month with the heat spreading to more cities as developers made faster sales, a private survey showed on Tuesday.

New home prices in 100 cities rose 0.34% in May from a month earlier, quickening slightly from 0.23% in April, according to data from China Index Academy, one of the country’s largest independent real estate research firms.

The number of cities that reported monthly price rises picked up to 80 in May from 77 in April, with small cities in the Yangtze River Delta showing the greatest strength.

Prices of second-hand homes rose 0.5% in May from previous month, unchanged from the pace in April. Existing home prices in tier-1 cities ticked up 0.95% on-month in May, with the pace more than doubling the average growth in other lower tier cities.

Chinese authorities have since this year intensified their campaign to rein in the relentless rise in home prices and drive speculators out of the market. Local policies include capping prices set by developers and preventing some real estate agencies from setting excessively high second-hand home prices. Banks in major cities also hiked mortgage rates.

Transactions in 18 major cities tracked by the institute remained flat in May compared with April, with tier-1 cities logging 20% drop while tier-3 towns seeing 33% rise.

Land sales by volume in 300 cities fell 12% in May from April, and declined 19% on an annual basis, CIA data showed.China’s new home prices rise for third month in May – private surveyAdd a Comment