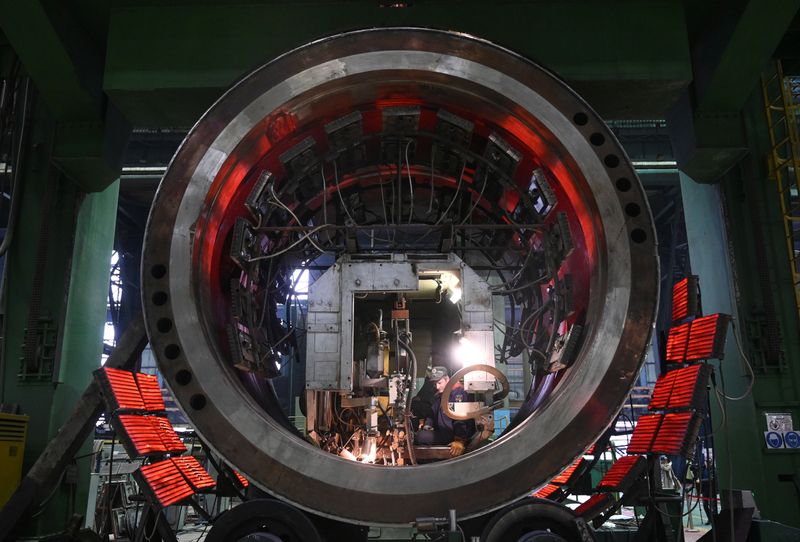 MOSCOW (Reuters) – Russian manufacturing activity expanded in May at its fastest pace in more than two years, supported by a renewed increase in new orders and stronger demand, a business survey showed on Tuesday.

IHS Markit’s Purchasing Managers’ Index (PMI) for the sector rose to 51.9 in May from 50.4 the previous month, staying above the 50 mark that separates expansion from contraction for the fifth month in a row.

“Russian manufacturers saw a modest improvement in operating conditions in May, and the sharpest since March 2019,” said Sian Jones, an economist at IHS Markit, which compiles the survey.

“Contributing to the upturn was a renewed rise in new orders, as domestic and foreign client demand strengthened.”

The fastest output growth rate since February and an uptick in new business led to the sharpest rise in job creation since December 2018.

New export orders rose in May, although only fractionally, following four months of contraction, while supply shortages pushed up average cost burdens across the Russian goods-producing sector.

Manufacturers were the least optimistic they have been about the outlook since January, although their overall view remained positive thanks to renewed order growth, new product development and hopes for an end to COVID-19-related restrictions.

“Our current forecast anticipates a near 3% year-on-year increase in industrial production during 2021,” said Jones.Russian factory activity rises at fastest pace in over two years in May -PMIAdd a Comment