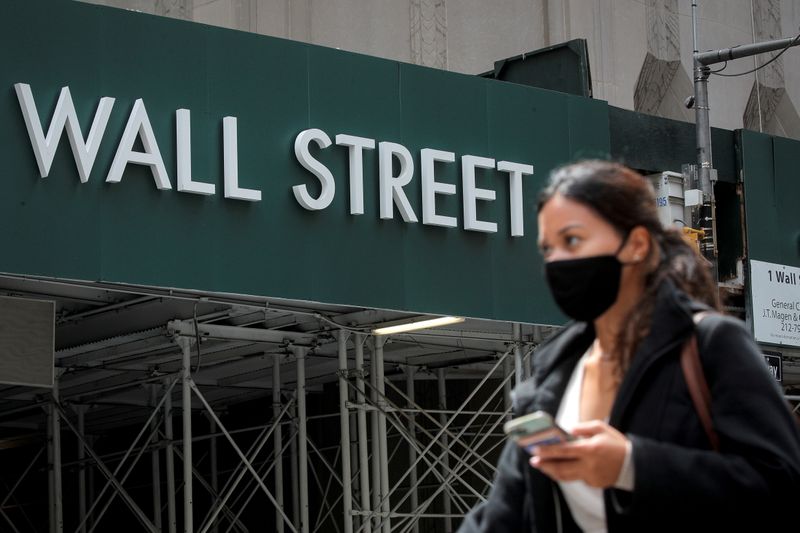 By Shashank Nayar and Medha Singh

(Reuters) – Wall Street’s main indexes were set to open higher on Tuesday, kicking off a week packed with major economic data that is expected to shed more light on the path of inflation.

Dow and S&P 500 futures were near record highs, set to extend last week’s strong gains as investors bet on economically sensitive stocks benefiting the most from a post-COVID-19 recovery.

The S&P 500 rose to a level last Friday that was within 0.6% of its record high as investors were unperturbed by a surge in key inflation readings for April following reassurances from Federal Reserve officials that the ultra-loose monetary policy would remain in place.

Investors are now awaiting key manufacturing and services sector PMIs later in the week to judge the pace of an economic reopening, with the main event of U.S. payrolls due on Friday.

“For now, they (investors) are embracing the economic data that shows improvements in the economy and are ignoring data that suggests that it’s going to lead to much higher prices and shortages that affect specific companies,” said Rick Meckler, partner, Cherry Lane Investments in New Vernon, New Jersey.

“The main driver behind the stock market is the reopening of the country… that’s motivating investors to feel a sense of optimism about markets and cause them to come back in and buy stocks with the idea that things will be better by the fall and earnings will improve.”

Industrial and airline stocks, which stand to perform better as the economy reopens, were among the top gainers in pre-market trade, while oil heavyweights Chevron (NYSE:CVX) and Exxon Mobil Corp (NYSE:XOM) rose between 1.7% and 1.6% on a promising outlook for fuel demand. [O/R]

Exxon Mobil also entered an agreement with Equinor and Petrogal Brasil to develop an $8 billion oil field in Brazil.

A group of “meme stocks” extended gains from the previous week with shares of AMC Entertainment (NYSE:AMC) Holdings Inc up 16.4% after the movie theater chain announced a $230 million capital raise.S&P 500, Dow futures hover near record highs3