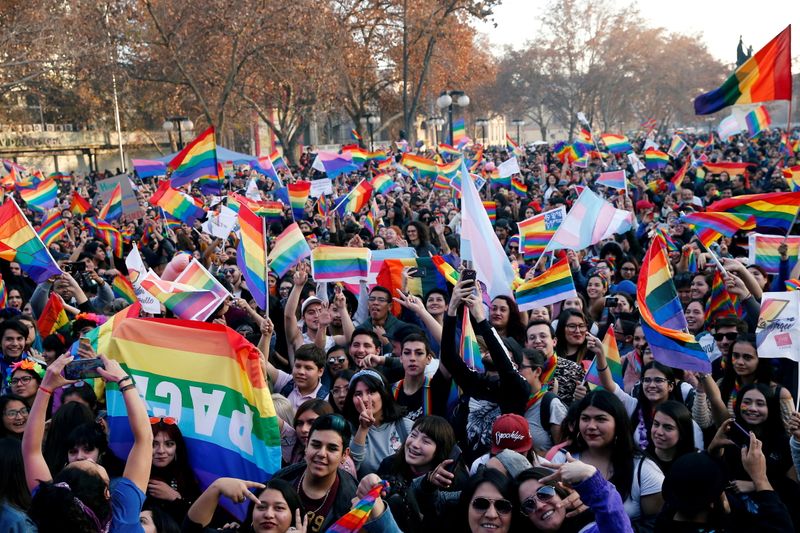 SANTIAGO (Reuters) – Chilean President Sebastián Piñera said on Tuesday he would seek to expedite a same-sex marriage bill that has languished in the historically conservative South American nation for years.

Chile’s LGBT community has long pushed for the legislation, but the country’s ruling conservative coalition has until now been slow to advance the bill in Congress.

“I think the time for equal marriage has come in our country,” Pinera said during his annual address to lawmakers.

“All people, regardless of their sexual orientation, will be able to live, love and form a family with all the protection and dignity they need and deserve.”

The bill, if passed, would cement an increasingly progressive tack in Chile, an Andean nation until recently dominated by a conservative, Catholic culture.

Chilean lawmakers in 2015 passed a measure that empowers couples, including same-sex ones, to register for a Civil Union Agreement (AUC) that confers some legal benefits.

But the more universal same-sex marriage bill, presented by left-leaning President Michelle Bachelet in 2017, has been stalled in Congress for years.

Chile legalized divorce in 2004, one of the last countries in the world to do so.

The country’s ban on abortion, one of the strictest in the world, was lifted in 2017, though for special circumstances only.Chile’s Pinera to push same-sex marriage bill long stuck in CongressAdd a Comment