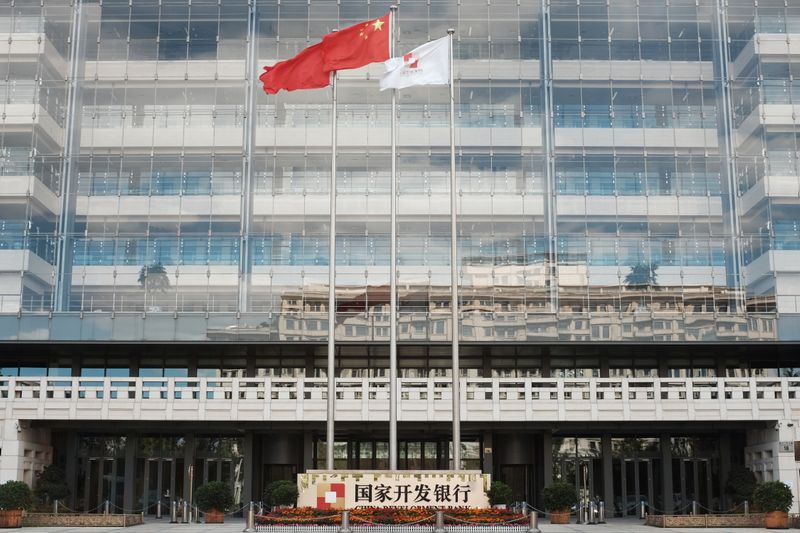 SHANGHAI (Reuters) – Leading policy bank China Development Bank (CDB) said on Wednesday that it would sell its first dollar-denominated onshore bond in nearly six years as Chinese banks struggle with a mountain of dollars on deposit.

CDB is seeking to raise no more than $2 billion through the one-year bond issue on June 3, it said in a statement posted on the website of China Central Depository & Clearing Co.

CDB’s first onshore dollar bond since September 2015 will be issued with a 0.38% coupon, the statement said.

CDB’s issuance also comes as China’s banks struggle with a glut of dollars that traders say poses a risk to authorities’ efforts to control the rapidly rising yuan.

“(The issuance) is to prevent carry trade and speculation on the appreciation of the yuan,” said a Hong Kong-based portfolio manager. “Once onshore USD is hard to borrow, people cannot short USD or borrow USD to do carry trading.”

In a prospectus posted along with the statement, CDB said proceeds from the issuance would be used for dollar denominated loans and external payments.

While $2 billion is a drop in the bucket compared with $1 trillion in onshore dollar deposits, traders and analysts say it could have a psychological effect on market expectations for the yuan, which has rallied to three-year highs.[CNY/]

“If all the media coverage starts to say China is trying mop up the dollar liquidity onshore, then that would definitely help with easing the pressure of RMB appreciation,” said Zhuang. “It’s more about signalling.”China Development Bank to sell $2 billion onshore bond amid greenback glutAdd a Comment