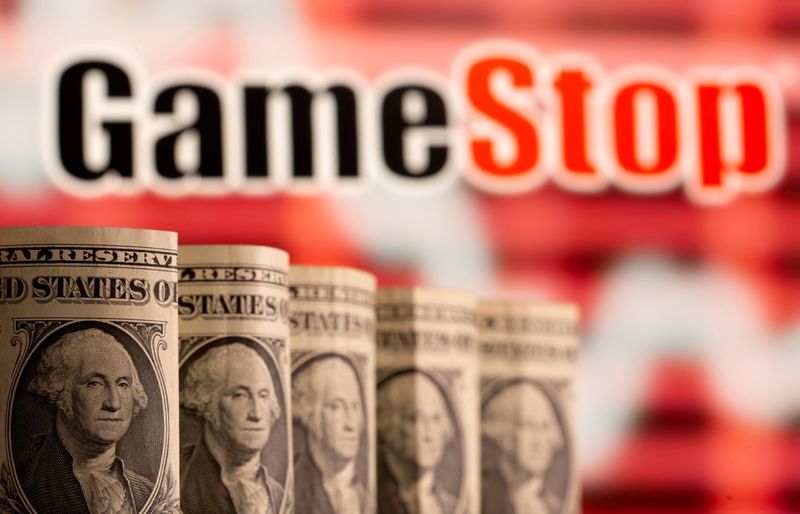 (Reuters) – While traders were flocking to GameStop (NYSE:GME) earlier this year, the stock was also capturing the imagination of U.S. teenagers, according to a survey from Wells Fargo (NYSE:WFC).

A third of teens say they are learning financial lessons from the internet and social media, according to the survey of 13 to 17 year olds and parents of teenagers.

And almost half of the teens say they are more interested in investing thanks to GameStop, whose shares have surged due to its popularity among members of online investor forums.

The survey follows Fidelity Investments’ launch earlier this month of a commission-free brokerage account for 13- to 17-year-olds that allows stock trading on a mobile app, as it looks to attract the next generation of investors.

But parents had a different take with only 12% saying their teens use social media for financial education.

About 45% of teens said “the GameStop social media situation” boosted their interest in investing with 53% of boys claiming increased interest and 40% of teen girls, according to Wells Fargo.

Still actual investing rates seemed much smaller with 17% of parents saying they opened custodial accounts to invest on their teen’s behalf.

About 13% encouraged their teen to play a simulated stock game. About 7% gave their teen stocks for educational purposes. However, only 20% of teens say their parents engaged with them on these activities, Wells said.GameStop boosts teen interest in investing – surveyAdd a Comment