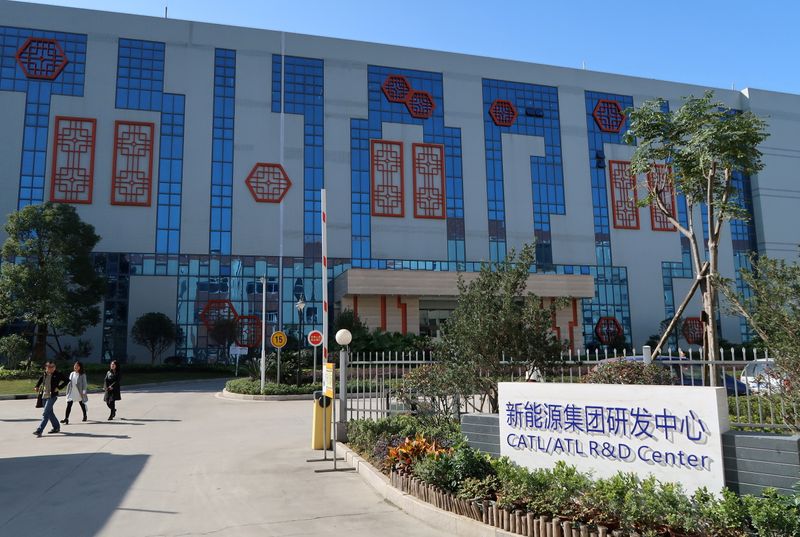 SHANGHAI (Reuters) – China’s CATL is planning a major new automotive battery plant in Shanghai, continuing a blistering pace of expansion that will cement its lead as the world’s No.1 supplier, two people familiar with the matter said.

The plant would be able to make 80 gigawatt-hours of battery cells a year, one of the people said, which would come on top of 69.1GWh in current production capacity and another 77.5GWh under construction.

Locating the plant in Shanghai will put it close to Tesla (NASDAQ:TSLA) Inc’s Chinese production base after it began supplying the U.S. automaker last year. It will also enable CATL to draw upon a larger and more diversified talent pool than its headquarters in Ningde in southeastern China, they said.

CATL has been in talks with the Shanghai government about building the factory, the people said. It was not immediately clear when a final agreement might be reached or when CATL hopes to have the new plant up and running.

CATL declined to comment. The Shanghai government and Tesla did not immediately respond to a request for comment.Exclusive: Tesla supplier CATL plans a new battery plant in Shanghai – sourcesAdd a Comment