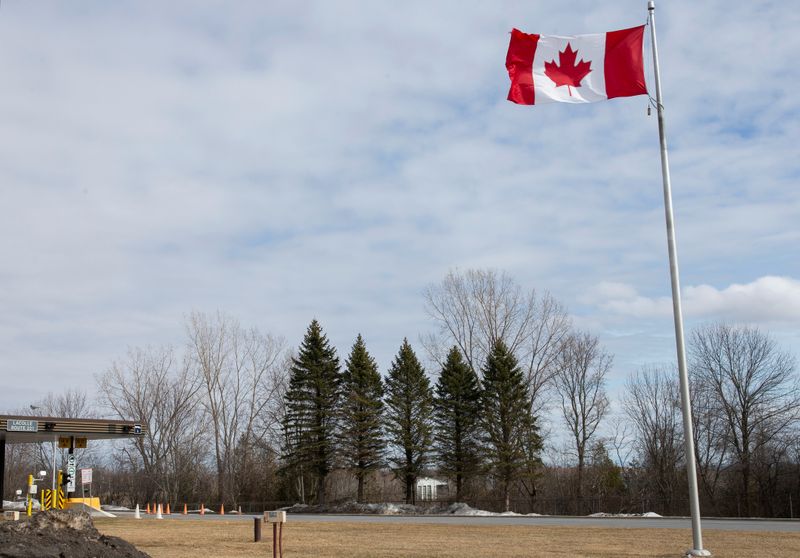 TORONTO (Reuters) – The Canadian government approved a travel exemption for the National Hockey League on Sunday that will allow teams to cross the Canada-U.S. border for the Stanley Cup playoffs without the mandatory 14-day quarantine.

Canada’s Immigration Ministry issued a statement saying the “national interest” exemption was granted after a review by public health officials.

“This decision was made in conjunction with the Public Health Agency of Canada, with the approval of provincial and municipal public health officials, including Ontario, Quebec, Manitoba and Alberta,” read the statement.

“The NHL’s COVID Playoff Protocol will permit cross-border travel that is safeguarded by strict quarantining, a bubble, daily testing and a comprehensive protocol that will apply to all travelling NHL players and personnel.”

Under the conditions laid out in the exemption, teams can only travel in and out of the country on private planes.

In Canada players will live in a modified bubble that will be limited to the team hotel and arena, and there will be no contact with the public.

Players will be tested daily as well as before they board planes and when they land.

The exemption will allow the winner of the NHL’s all-Canadian North division between the Montreal Canadiens and Winnipeg Jets to play in the U.S. and host U.S. based opponents for the final two rounds.

Both Montreal and Winnipeg have recently opened their arenas to a limited number of fans as COVID-19 numbers continue to drop across the country.NHL-Canadian government grants travel exemption for Stanley Cup playoffs