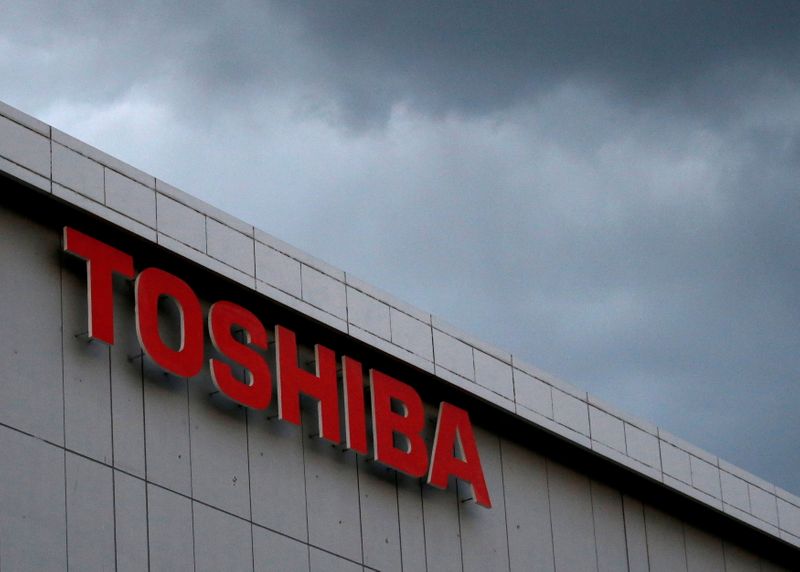 © Reuters. FILE PHOTO: The logo of Toshiba Corp. is seen at the company’s facility in Kawasaki, Japan February 13, 2017. REUTERS/Issei Kato

TOKYO (Reuters) – Toshiba (OTC:TOSYY) Corp said on Monday it will buy back up to 6% of its outstanding shares worth around 100 billion yen ($913 million), in line with its plans to boost shareholder returns.

The Japanese industrial conglomerate will also allocate about 50 billion yen to pay a special dividend as “some shareholders, mainly retail shareholders, prefer dividends”, it said in a statement.

Toshiba, which has been under pressure from activist shareholders, last month promised to return to shareholders a surplus of 150 billion yen against the appropriate shareholder equity level.