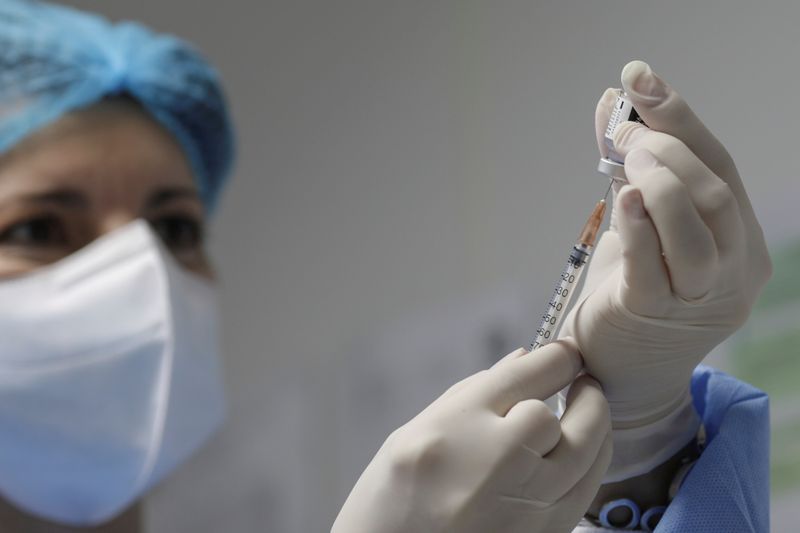 BRUSSELS (Reuters) – The European Parliament has urged the European Union to reverse its position and support a proposed temporary lifting of intellectual property (IP) rights for COVID-19 vaccines and treatments.

EU lawmakers backed by 355 votes to 263 a resolution on accelerating the global roll-out of vaccines, the parliament announced on Thursday.

The resolution says only a fraction of the 11 billion shots needed to vaccinate 70% of the world’s population has been produced and that relying on pledges of excess doses from richer nations is not enough.

The text says that international trade policy needs to play a role in facilitating trade and revisiting global IP rules.

South Africa and India have been pushing for eight months at the World Trade Organization for a temporary waiver of IP rights that could allow local manufacturers to produce shots.

Developed nations home to large pharmaceutical companies, including the European Union, have resisted, arguing that a waiver would not boost production and could undermine future research and development on vaccines and therapeutics.

The non-binding resolution increases pressure on the European Commission to be constructive in WTO negotiations, but is unlikely to change its position that there is a better way to increase production without a waiver

The resolution also puts lawmakers at odds with European Council president Charles Michel, who said a patent waiver was “not a silver bullet”.

The European Parliament resolution calls for support of “proactive, constructive and text-based negotiations” for a temporary IP waiver.

The text will be sent to the Commission, which oversees EU trade policy, the Council, to all EU governments and parliaments, to the head of the World Trade Organization, G20 governments and other international institutions.

The resolution also says it regrets moves by Britain and the United States to create a re-sale market to sell surplus vaccines to other industrialised countries and urges both to abolish export restrictions on vaccines and their required raw materials.Lawmakers urge EU U-turn to back vaccine patent waiver