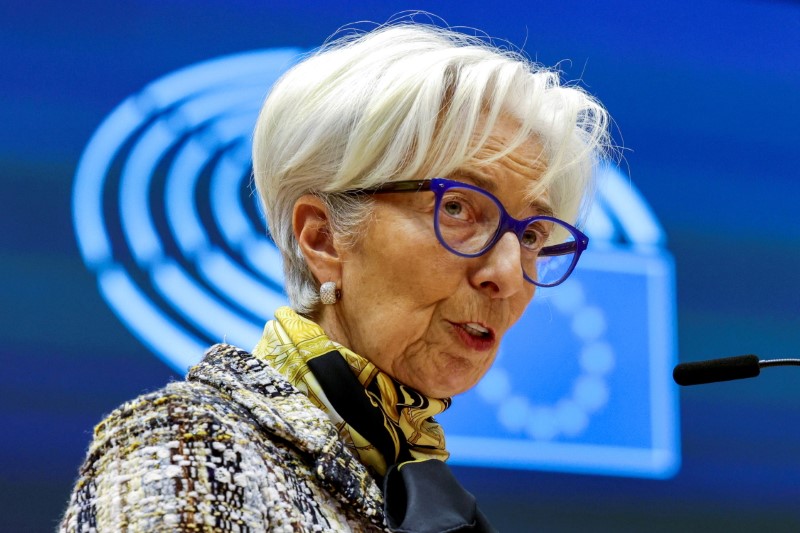 FRANKFURT (Reuters) – The euro zone economy is on the right path but the recovery must be firm and sustainable before the European Central Bank can debate clawing back emergency support, ECB President Christine Lagarde told Politico in an interview.

“I am not suggesting that the pandemic emergency purchase programme (PEPP) is going to stop on 31 March,” Lagarde was quoted on Monday (NASDAQ:MNDY) as saying. “We have plenty of flexibility, but in terms of economic outlook we are heading in the right direction.

“It is far too early to debate these issues,” she said about the 1.85 trillion euro PEPP that is scheduled to last at least until March 31 or until the crisis phase of the pandemic is over.Euro zone economy on right path but too early to debate end of ECB help: LagardeAdd a Comment