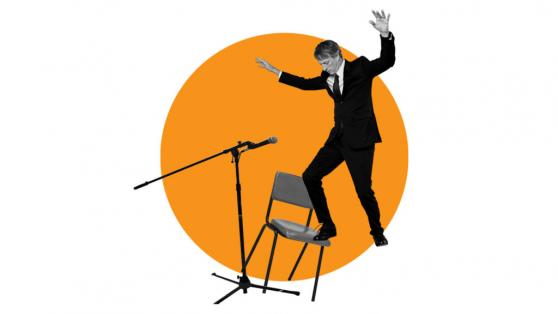 Skateboarder Tony Hawk: BTC is Ready to Move to Mainstream

When skateboarding legend, Tony Hawk, started skating more than 35 years ago, his sport was on the fringe of society. Decades later, his influence over those years has transformed the rebellious, counterculture sport into a global phenomenon.

If you have any doubts about that, consider that skateboarding and its apparel/gear industry is expected to reach nearly $2.5 billion in revenue by 2025. Hawk’s astonishing aerial feats such as the first full 900 degree spin in midair has cemented his legacy and legend.

His accomplishments on the half-pipe and during extreme sporting events captured the imagination of the world – so much so that the Tokyo 2021 Olympics are prepared to debut skateboarding as an event for the first time ever.

One of the OGs

Safe to say, Hawk knows what it takes to move a marginalized idea to the front of society’s collective consciousness, and it seems he wants to do that for Bitcoin and cryptocurrencies.

During the recent Bitcoin 2021 conference in Miami, Hawk – who bought his first Bitcoins back in 2012 and has continued to hodl most of it – participated in a fireside chat with actor/facilitator Jeremy Gardner. The session was titled, When a Counterculture Goes Mainstream.

Hawk says he first became aware of Bitcoin back when the media was covering the criminal activities associated with Silk Road, the online black market before it was shut down.

“I was reading about the chaos of the silk road when that was all happening and I was fascinated with the payment component they had and it was obviously Bitcoin,” he said. “There was an anonymous side to it but it was also just the idea that it was very fast and international and to me it was the future of finances so I immediately researched how to buy Bitcoin. I wasn’t on the silk road but I did buy Bitcoin in 2012.”

Hawk went on to compare Bitcoin to the skateboarding culture, which was not widely embraced by the mainstream when he turned pro at age 14 back in the early 1980s.

“You want to talk about a counterculture going mainstream, skateboarding took decades to be on the radar of mainstream media or acceptance. Bitcoin has been around for a little more than 10 years and it’s taken over a city [Miami] – that trajectory is a bit faster than ours,” said Hawk.

He went on to say that the key for Bitcoin to experience breakthrough adoption will require its enthusiasts, supporters, and hodlers to continue to hold fast to the fundamental promise of Bitcoin that attracted them to it in the first place. Whether it’s Bitcoin’s technology, hope for the unbanked globally, or prospect of financial equality – remain focused on that despite the ups and downs.

“It’s about staying true to your passion, following it through thick-and-thin. I would gladly ride my skateboard any day of the week for free because it’s the thing I enjoy most as an activity – and now, I just happen to get paid a lot of money to do that,” Hawk said.

“If you’re doing something that you truly love, then you’re not truly working. If you’re in some facet of the Bitcoin world and you really enjoy what you’ve created or the technology you’re following, I think you should stick with it even if it’s not that financially successful in the beginning.”

Continue reading on DailyCoinSkateboarder Tony Hawk: BTC is Ready to Move to Mainstream