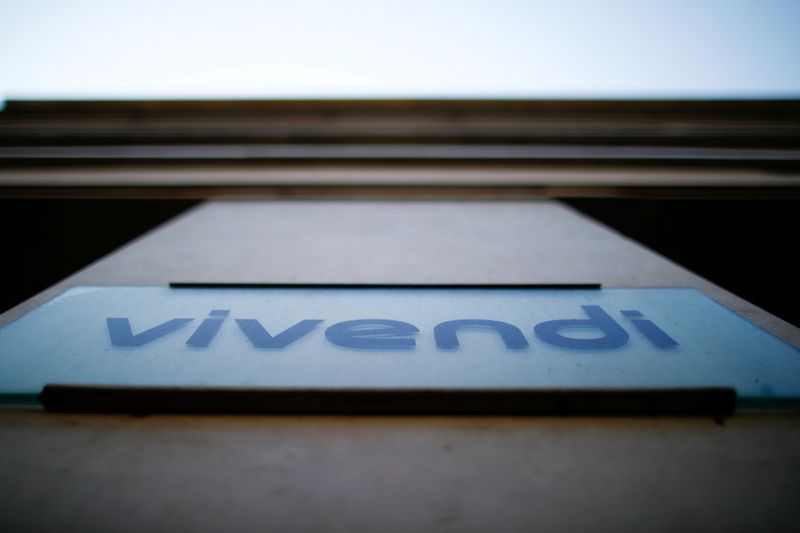 © Reuters. FILE PHOTO: The logo of Vivendi is pictured at the main entrance of the entertainment-to-telecoms conglomerate headquarters in Paris, France, April 22, 2021. REUTERS/Gonzalo Fuentes/File Photo

“As announced, the transaction is based on an enterprise value of 35 billion euros ($41.55 billion) for 100% of UMG’s share capital,” Vivendi (OTC:VIVHY) said.

UMG, which is being spun-off by France’s Vivendi, will complete its planned Euronext Amsterdam listing in late September, the media group said.

Vivendi, controlled by French billionaire Vincent Bollore, is planning to cash in on its UMG crown jewel by spinning off the entity to existing shareholders.

Earlier this year, the consortium led by Tencent Holdings (OTC:TCEHY) Ltd purchased an additional 10% stake in UMG making the total equity stake controlled by the Chinese tech giant to 20%.

Tontine said it will continue to exist as RemainCo after the transaction with an access to about $2.9 billion in cash and intends to pursue a business combination with an operating business promptly.

The blank-check firm, in its statement, pointed to UMG’s operating profit growth of more than 20% per annum since 2017 and analysts’ estimation of operating profit of 1.5 billion euros ($1.78 billion) for 2021.

Tontine became the biggest ever SPAC when it raised $4 billion in an initial public offering (IPO) last summer, with Ackman’s hedge fund Pershing Square committing a minimum of an additional $1 billion.